We Love Her Now She’s Gone 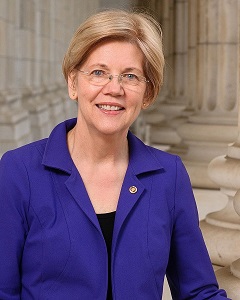 On Monday, March 5, Katie Porter, Democratic congresswoman from California, disagreed with House Speaker Nancy Pelosi. The Speaker had earlier commented that because a candidate was a woman it was no reason to vote for her.  Porter disagreed and so do I.  All things being equal, women should vote for other women. Without momentum, there’s no way to move the equality agenda forward. So far, progress has moved at a snail’s pace. A hundred years have passed since the 19th Amendment became law, yet the road to ERA remains distant.

Few people of conscience would argue that the historical and present wrongs done to African Americans shouldn’t be addressed at the ballot box.  Why should women’s issues be treated any differently?

Being a woman of Pelosi’s generation, I understand what provoked her remark. In the early part of the second feminist wave, women believed that to be successful, they had to blend into the male-dominated world. They invaded corporate America wearing grey flannel suits and ties, carrying briefcases.  Mercifully, that self-deception ended early. Women came to realize equality meant being themselves and honoring the strengths within them.

Elizabeth Warren was a presidential candidate who touted her feminine side.  She lauded her experiences as a teacher, a field dominated by women. She raised debates about family issues like healthcare, good schools, fair housing and equal pay for women. As for her ferocity in her defense of those who are preyed upon in the workplace, Mike Bloomberg can speak to that.  Unfortunately, Warren’s strength made her a target of angry male aggression. Bernie Sanders disavowed the conduct of his “Bernie bros,” but his rebuke was limp-wristed. Perhaps, in part, that’s she refused to shake his hand during one of their final debates.

Unfathomable to me is that women flock to support Sanders’s campaign, a man who may share many of Warren’s progressive values, but who has neither her talent nor the temperament to lead if his Congressional record means anything.  For 30 years he has had a single idea and shouted it to the vacant air in the hope the tide would turn.  Now it has, a little, which makes the young imagine he’s a revolutionary.  What’s happening isn’t the result of his leadership. It’s the result of time’s passage and pure dumb luck.

What concerns me are the words of Sander’s youth. He wrote that women dreamed of being gang-raped. If he believed it then, I want to know if he believes it now. Can a man who supposes, either consciously or unconsciously, that women dream of being overpowered and abused by men be an advocate for women’s equality? Or is it more likely, he believes, as Warren says he does,  a woman can’t be president? Her testimony gives me pause. And so I cringe to see women carrying his placards, confident he will champion their quest for equal rights. He’ll give it lip service, certainly, but it’s never been a priority.  For that, they should have put their trust in Elizabeth Warren, the woman Sanders betrayed.

Former Secretary of State. Madeleine Albright once wrote, “There is a special place in hell for women who don’t help other women.”  I believe that’s true.