We Hold These Truths 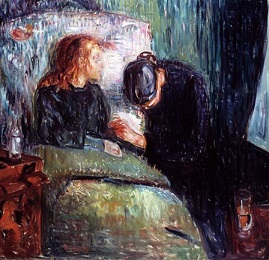 After Donald Trump was sworn in as the 45h President of the United States, officials in his government began to replace information they didn’t like with false information that supported their political viewpoint. They called these changes “alternative facts.” Many of us laughed because a fact isn’t a lump of wet clay, capable of being altered.

Facts are provable and once discovered, they are also self-evident. Scientists delight in them though facts are rarer than we imagine. Much of what we think we know relies on theory.  The theory of evolution is an example.  The theory of relativity is another. If enough facts emerge to prove a theory wrong, it dies.

Only one fact relies on faith: that I exist.  If I don’t, nothing else matters.

Quasi-facts present themselves upon occasion.  Take black matter, for example. Scientists know it’s part of the universe, but they aren’t sure what it is. If they find out, black matter will become a fact.

Losing sight of the nature of facts is tantamount to losing sight of the north star. People who manipulate the truth and call the results alternate facts are lost and living in an alternate reality.  Or, they might be wolves, willing to exchange truth for power or to unleash malice.

During a recent appearance on The View,  Condolezza Rice, Secretary of State during the George W. Bush administration, expressed her concern about the January 6, 2021 assault on the nation’s capital. She called the incident unfortunate then was quick to add the country should move past it and focus on governing.

I was perplexed by her words. Violence occurred at the nation’s capital on January 6.  People were injured. People died. Legislators fled into hiding in fear of their lives.  How is the country to move on if we behave as if an insurrection didn’t occur? if perpetrators aren’t punished, then, having grown wiser from their failed attempt, they may feel encouraged to try again.

Rice’s comment isn’t an expression of an alternative fact, but it is an attempt to disassemble.  The former Secretary of State would have us believe the assault on the capital was equivalent to a burp and not a hemorrhage. In the same way, Donald Trump dissembled about Covid -19. Having failed to protect citizens from looming devastation, he referred to the pandemic as the flu and promised it would soon pass.

By diminishing the effects of the disease, the President gave anti-vaxxers and those who are suspicious of the government, a reason to refuse to take precautions. Over 700,000 people have died and others continue to follow. Never in the history of this country have we mistaken public health or politics. Trump’s rhetoric has made that possible.

In the past, fighting communicable diseases was our patriotic duty. People who contracted tuberculosis moved into sanitoriums.  Those with leprosy lived in colonies.  Typhoid, the plague, smallpox, and the 1918 influenza all required similar periods of isolation. Syphilis and gonorrhea were also treated as public health issues.  I don’t recall anyone making the claim he or she had a Constitutional right to spread their afflictions.

When I was young, parents like mine were desperate for a vaccine against polio.  The same desperation rose in the throats of AIDS victims. Each time a  breakthrough occurred, the country was jubilant.

Today, in the world awash in alternative facts, diminished facts, and lies. A swath in our population has convinced itself, without evidence, that public health servants are the rightful targets of abuse. Likewise, an educator who defends children from disease is likely to be assaulted.

What strange worlds we do encounter when the truth falls into disrepute. In that universe, places exist where citizens avow their government rests in the hands of cannibals and child rapists.

Many of us find ourselves in that universe now, threatened by a sickness greater than the pandemic. Insanity, fed by alternate facts, diminished facts, and falsehoods, grows strong while the body politic weakens. A majority of us despair that an antidote exists or that those afflicted would subscribe to it.  Like a fever, this madness must run its course.

I grieve for the dead and the infected. I grieve, too, for the caregivers who see their ministrations impaled on the pike of ingratitude.  The hour of the reason is not now. Against the tide of fanaticism, it is too frail. The nation will bleed.

Even so, the community at large isn’t helpless. We have our north star; the truth. The 2020 election wasn’t stolen. No matter how often this fiction is repeated, it remains a lie. Democracy will survive as long as the majority clings to the facts.