We Are The Stuff Of Dreams 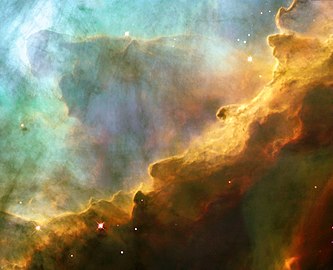 I felt as if I’d dropped down Alice’s rabbit hole. The daughter of friends I’d known for years had one name, but I’d called her by another. I even invented a tag to remember it as we seldom meet: “M is for music.”  As it turns out, the girl’s name doesn’t start with “M.”

I’m not the only one beguiled by a falsehood. Forty-five percent of Americans think vaccines are unsafe.  Frankly, social platforms make knowing what’s real and what’s not difficult.

Even science can be ambiguous. First, it must know what reality we’re looking for–one governed by classical physics or quantum mechanics? Though the question may pose a conundrum, I’m heartened to know our brains are equipped to include both forms of logic. More than a maze of tissue and electrical impulses, the human brain outperforms any computer because it also endows us with creativity and imagination. Most wonderous of all, it bestows consciousness.

What consciousness is or where it resides is a mystery. Recent information suggests it’s found in the quantum world.  According to scientists, spinning isotopes in the brain and the heart may form entanglements that lead to that other reality.

Piercing the veil of the quantum connection is complicated because when we seek to observe or measure it, we change conditions such that objectivity becomes impossible. “An objective reality, devoid of the actions of an observer, does not appear to exist in any sort of fundamental way.”  If true, this premise could be regarded as a law of the universe.  If so, scientists wonder if a “hidden” order lies below the quantum flux.

If it exists, this underlying order could be the link that unifies quantum and classical physics–not to mention other mind-boggling possibilities. True lies, alternative truths, and fake news could be real in some corner of the universe.

Some of us accept that possibility already. More than  3.2 million viewers believe Tucker Carlson’s commentaries are based on facts. One in five Americans is a QAnon follower.

If thinking makes it so,  it’s little wonder that lies are gaining a semblance of respectability. For example, writer Morgan Meaker in “See No Evil,” (Wired, Dec/Jan 2022-2023, pg. 22-23.) reveals one dirty little secret of commerce. When companies pay advertisers according to the number of clicks left on their page, they have no assurance the clicks are from customers or bots. Does it matter? Not really. The illusion of heavy traffic becomes a magnet in itself.

Perhaps I’ll use cybercrooks to generate high sales numbers for my memoir Getting Lost to Find Home once it’s released next November. If accuracy is unimportant, then I can make my dream of writing a bestseller come true.