Was There Ever A Third Wave? 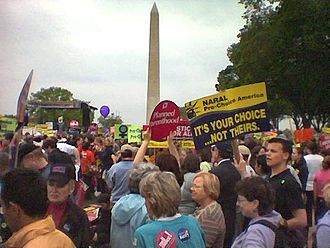 Some people say feminism’s Fourth Wave began in 2012.  I see little evidence of it.  Frankly, I’m dubious that the Third Wave of the 1970s ever existed. That was the era when women talked of being more inclusive than was possible in the First and Second Wave.  It’s a laudable idea that became mired in an internal debate about gender and biology.

For a time, progressives of the Third Wave flattered themselves that they had achieved so many goals of the Women’s Movement, they called feminism obsolete and labeled themselves as “postfeminists.” Enough time has passed to prove their assumptions wrong.

Whatever wave we’re in, women’s causes are drowning. The ERA is not ratified. Efforts to renew the Violence Against Women Act took a beating in Congress.  The final bill provides no unemployment insurance for those who leave their jobs because of domestic or sexual violence. No resources exist to ensure help for immigrant survivors. No gun control provision was included to close the “boyfriend loophole.”  Now we wait for the Supreme Court to kill or gut abortion rights.

American women aren’t alone in their disappointment. After 20 years of relative freedom, Afghan women find themselves living in the stone age. The shift happened overnight, despite assurances from the Taliban occupiers that women’s rights would be respected.  South Korean women also live in a misogynistic world, a country where men feel free to “film women on the subway, in office bathrooms, or even in mid-sex,” and display the footage on the web. (“’End the Patriarchy,’” by Leslie Absher, Ms., Spring 2022, pg. 17.)

As an 85-year-old member of the Second Wave, I begin to despair.  I won’t give up, of course.  I’ll write these blogs, contact my Congressional delegation, sign petitions, and send money to support the feminist cause, but victory seems farther away than it did when Gloria Steinem was our leader. In June, once the Supreme Court rules on Roe v. Wade, women may wake up to find they no longer control their bodies.  Under other draconian state laws waiting in the wings, some may also discover they no longer have access to contraception.

Fearing the worst, I have updated the information I provided in 2018 regarding mail-order abortion pills. I’ve also included contact information for abortion resource centers.  At the moment, this material is the most positive contribution I can make:

Just The Pill; Choix; Abortion on Demand; Forward Midwifery.  For help with the pill regime, Aid Access offers physician-supervised assisted telehealth. Plan C is another resource. Pills can cost as little as $150. For legal questions about self-managing an abortion, contact The Repro Legal Helpline or call them at 1-844-868-2812. The list isn’t exhaustive. More appear in Ms. Magazine. (Ibid, pg. 40-41.)

Finally, if complications arise during a self-induced procedure, know your rights.  At the hospital, a woman isn’t required to  “disclose that she took pills and the treatment would be the same as for a naturally occurring miscarriage.” (Ibid, pg. 41.)

To the women of the Third and Fourth Wave, know that survivors from the Second Wave stand in opposition with you to the ugliness ahead. Courage!