Warning To A Future Tenant 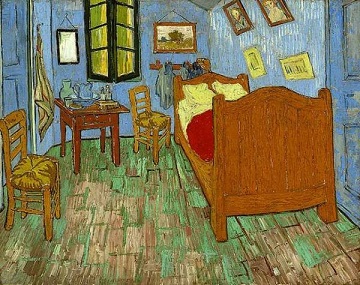 My Salinger Year is an entertaining film. In this coming-of-age story, a young poet is hired at a literary agency that represents J. D. Salinger.  Her job is to shred unread letters from the author’s fans, but after scanning a heartfelt few, she decides to answer them. The plot unravels from there.

I read The Catcher in the Rye in my late twenties when I was obliged to teach the novel in high school.  By then, I was past being rebellious but still uncertain about my future.  Like Holden Caulfield, I was a drifter.  Otherwise, the pair of us had little in common.

Salinger’s life interested me more than his book. After his literary success, he chose to escape the hurly-burly of New York to live in a rural hamlet, enjoying his morning coffee in a cottage protected by high walls. What bliss, I thought, when I’d learned of his decision. He’d freed himself from the distractions of praise or criticism to concentrate on his writing. True, he created Caulfield while living a few miles northeast of New York City, hardly an Elysian field. And it is also true the books he wrote after his urban escape are those only a librarian knows.

Nonetheless, I’ve long dreamed of a quiet setting to write, unimpeded.  Too old for a nunnery, at 76 I took refuge in a retirement center, there to be free of unwanted chores. No more trimming my neighbor’s creeping ivy. Or, clearing dog poop from my steps. No more waiting at the window for the plumber to arrive. And the bliss of bliss, I’d never shovel another snowy sidewalk.

Once ensconced in my new apartment at Shady Pines, I imagined I’d be supported by a host of invisible cooks, housecleaners, and maintenance staff who would be dedicated to my comfort while I endeavored to write. As the move-in date approached, I became giddy with anticipation.

Beyond my imaginings, I had no idea what would follow.  The staff soon put me right as I settled in. From the outset, I faced continuous interruptions. Air filters had to be changed; the fire alarm needed testing.  Even the window cleaner dropped by via a rope. Between these visitations, I found memos stuffed into my mailbox. Or surveys. Or the minutes of committee meetings.

As the years have passed, I’ve tried to adjust to these missives–despite the confusion they cause or the contradictory information they contain. The tone, at least, is courteous.  “Thank you for your patience.”

Even so, these communications remind me of Harold Pinter’s play, The Dumb Waiter.  Like his characters, I continue to feel besieged by messages that make demands yet fail to respond to questions. All I’m told is that at 9 a.m. on a Monday, Tuesday, Wednesday, or Thursday, but never a Friday, someone will arrive at my door to install or fix or destroy….  (Fill in the blank.)  In response, I’m obliged to postpone my shower and wait.  Should no one rap on my door, a second and a third memo will follow to set a new time for the disruption.

I might be dead when the appointed hour arrives, but the consequences will be minimal.  What matters is that the space will be maintained and ready for the next tenant.

I confess I’ve been driven to extremes to protect my privacy. No longer do I accept cleaning services.  The dates, times, and manner of delivery are too frequently altered.  Likewise, the dinner hour is quixotic.  I prefer to thaw a frozen meal rather than confront the labyrinth of what passes for efficient meal service. Nonetheless, people with wrenches arrive at my door, and I am obliged to throw it open to them–being mindful that my premises must always be ready for the next tenant.

Recently, the institution upgraded to a 5G network service.  Like flies attracted to an open window in summer, technicians have drifted in and out of my lodgings at will.  Even the mechanics hired to reinforce the elevator’s ancient pullies have had to give them preference. So who am I, a novice grappling with a short story, to  ask, “Could you come another time?”

A few days ago, I received a memo that said the 5G work was completed and the new system would go online the following Wednesday.  Flushed with that assurance, my thoughts drifted back to the mystery I was writing.  I’d gotten as far as murder in a locked room when a fresh memo appeared. The 5G system had failed, making it necessary for the technicians to return.  When? The notice didn’t say. It concluded with its usual courtesy, though.  “Thank you for your patience.”