Victoria’s Secret And The Demise Of The Push Up Bra 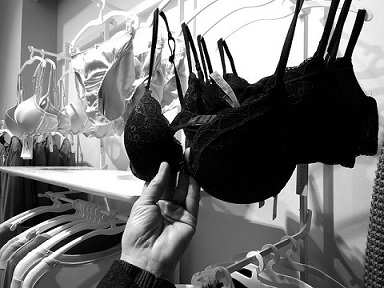 The summer of my senior year in high school, I worked at a nearby Sears & Roebuck, selling lingerie. Often, my customers were men, and, over time, I came to pity those lost souls as they perused the counters in search of gifts for the women in their lives. As shoppers, they seemed as ill-prepared for the task as a rock climber without crampons.

Usually, these males hadn’t a clue about their wife’s bra or panty size. Mostly, they pointed a finger at me without meeting my gaze.  “She’s about your size, I think.” At such times, I’d take my customer’s arm and lead him to the bathrobe section.   He’d have better luck with size there.

In 1977, Roy Raymond founded Victoria’s Secret, intending to create a space where men could relax while shopping for women’s underwear. (“It’s a Man’s World,” by Kim Bhasin et al, Bloomberg Businessweek, August 5, 2019, pg.15.)  The concept and the company took off. By 1982, he was able to sell it for  $1 million,

Over time, the store’s mission morphed from one bent on making men feel safe in a lingerie department to a company that marketed nighties as if they were costumes for a soft porn movie. Eventually, the female CEO quit, complaining about the company’s narrow vision. Her departure left the all-male executives and their narrow the vision tethered only to their fantasies.  The next iteration of Victorian’s Secret gave us tall, blonde, anorexic models who walked a runway clad in bikini panties, push-up bras and, for laughs, a pair of angel wings. By then, Victoria’s Secret carried no garment above a size 10 and crowed about the fact.

When the #MeToo movement dawned, the company was caught flat-footed. They were wedded to one view of femininity while their customers embraced another. Women no longer aspired to be anorexic, choosing to accept their curves as nature intended. Certainly, men like Jeffrey Epstein, who was a heavy investor, never expected women to push back.

Abercrombie & Fitch, a competitor, noted the change and was quick to adapt. But, Victoria’s Secret had sunk too much time and money into developing its brand. They persisted with their anorexic vision until this the once cash-rich company found itself facing a slim balance sheet. Stores closed faster than manufacturers could make padlocks.

Few women will mourn the store’s bankruptcy if it happens. They may even see it as sweet revenge for all those uncomfortable years of stuffing their bodies into a push up bra.