Twilight Zones Of Earth And Mind 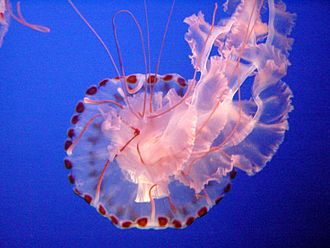 Bigfoot isn’t likely to be hiding in the forests surrounding Mt. Hood in Oregon.  Even so, scientists speculate many of earth’s smaller creatures are waiting to be discovered.  One portion of the earth that until now has been beyond human reach is the Twilight Zone, oceanic waters between the depth of 600 to over 3,000 feet–the place where sunlight fades and then dies.

The area long has been believed to be rich in minerals.  Now, technology exists that can mine those resources, possibly to the detriment of unknown species. Human activity has been responsible for more than one extinction.

Hoping to minimize our impact, scientists have obtained a two-year moratorium against mining in the Twilight Zone. It ends in July 2023. During that interval, researchers hope to learn about the area’s habitat and discover ways to mitigate human activity.  (“The Race to Explore the Ocean’s Twilight Zone,” by Ruxandra Guidi, Nautilus, Summer 2022, pgs. 58-63)

The world is a wondrous place, as everyone knows.  So, we can expect to be dazzled by what the researchers find. After all, we continue to marvel at the ecology that lies above the waterline. The chameleon makes us catch our breath as it changes appearance to match its background. The flight of a hummingbird can mesmerize.

But humans are surprising too.  A man recently consulted his doctor about blood in his urine.  The problem had plagued him much of his life. What the doctor discovered was astonishing. His patient had ovaries. The man had been undergoing menstruation for years. Likewise, a woman who described herself as an intersex person has physiology to prove it.

Those who suppose being transgender is a hoax should talk with Lia Thomas, someone who navigates being a woman in a man’s body. Human divergence is real and as we become aware of its many forms, society will have to adjust to it.  Doubtless, we’ll argue our way to a new understanding as we did about homosexuality.

How long it will take for us to adjust is the question. I admit much of what I’m learning leaves me confused.  Whatever we decide, like J. K. Rowling, I want it to be fair to females as well as transgenders.  Women have fought for equality for so long and are still struggling. The overturning of Roe v. Wade is a new chapter in that saga.

Human solutions to what are perceived as problems can be jaw-dropping. Adolph Hitler planned to exterminate all but the Arian race to protect the species. Since World War II, one would hope we’ve grown more sensible. Reality, however, points in another direction.

For example, our Supreme Court has ruled that an innocent man should be put to death. Their argument rests on a technicality. During an appeal of his sentence, the defendant’s lawyer entered new evidence to prove his client was innocent. The court ruled, however, that because the evidence wasn’t entered in the first trial, it was inadmissible. They choose to let the death penalty stand.

Equally unfathomable are those who imagine it’s reasonable for a  pregnant 10-year-old rape victim to be forced to give birth. The opinion gives preference to the fetus.  Never mind that a child’s underdeveloped anatomy is likely to make delivery impossible and endanger the lives of both the child and the unborn.

Those who take this unrelenting position quote the Bible in their defense. Their interpretations are misguided because the Bible neither approves nor condemns abortion. What’s more, those who would derive civil laws from religious doctrine violate the First Amendment. They also make the false assumption that we are a Christian nation. We are not.

In their willful ignorance, the virtuous go further, denying a woman the right to travel. Rather than allow her to seek an abortion in another state, they choose to enslave her.  Likewise, they seem indifferent to the inequity that already holds 10 million women as chattel.

I refer to those who live in deep poverty and lack the means either to pay for an abortion or travel to a state where the procedures are safe. As a consequence, they will bear children they are unable to feed in places where little public assistance exists to help them. A sad fact in this country is that access to human rights and health rights are based upon zip code.

Everywhere, nature shows us that biodiversity boosts abundance and harmony. Yet, too many of us fail to heed the lesson. We choose to draw imaginary boundaries that separate people just as we draw latitude and longitude lines to define nation-states, lines no birds or wildlife recognizes. Nonetheless, we view these divisions as real and stand ready to kill or die for them. If nature shows us homosexuality is part of life’s dynamism and exists in a variety of animals, then nature be damned. Human history records our preference to see streets made slippery with the blood of the innocents.

To exist in a world filled with imaginary lines is exhausting.  We require patience to learn how to navigate these lines safely. President Joe Biden has that fortitude.  If he tolerates Senator Joe Manchin’s betrayals, it isn’t from weakness. A man of experience, he knows the wind never blows long in one direction.

Let us admit that the twilight zone of the human mind is unfathomable. Each of us begins our life journey at a different point of the compass. What we hold in common is that the needle never varies from true north…oblivion.  That’s reason enough for each of us to extend compassion to one another.