Truth, Lies, And The 2nd Coming 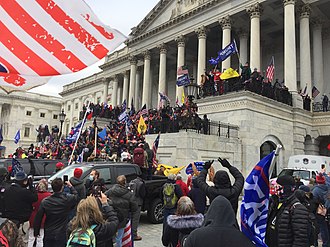 The barriers to truth are many. People’s perceptions vary. They have biases. They ignore evidence, leave out facts, lie to themselves or diminish the importance of facts that give offense.

A writer complimented Kamala Harris on her fashion sense, recently.  By focusing on her wardrobe, the woman implied the Vice President’s outfits were the best that could be said about her. Lara Logan of Fox News compared Dr. Anthony Fauci’s recommendation that people should wear masks during a pandemic to  Dr. Josef Mengele’s atrocities at Auschwitz during World War 11. The analogy is both overblown and dismissive of victims of the Holocaust.

On the plus side, experts link lying to the imagination, creativity, and a high I. Q.  Among our gifted truth evaders are legislators with degrees from Harvard.  Senators Tom Cotton and Ted Cruz are examples.

Because most lies are innocent, our concern should focus on those that hurt.  High on the list are lies that attempt to rewrite history.  In a pluralistic society, historical truth is important.  If America had been honest about the histories of Blacks and other minorities, we could have avoided our struggle to keep a system of justice afloat that teeters on falsehoods.

At the moment, the country endeavors to piece together a coherent picture of January 6, 2021, when citizens stormed the nation’s capital in an attempt to overthrow the government. Not everyone agrees this should be our goal, of course. Some would prefer to muddy the waters. Representative Andrew S. Clyde of Georgia has attempted to diminish the violence by describing it as another normal tourist visit. If the future of our democracy weren’t at stake, the lie would be laughable, particularly as on that day he, along with others, struggled to keep a howling mob from breaking into the House Chamber.

House Speaker Nancy Pelosi sees the event as one we must understand. Calling it an insurrection, she has appointed a select committee to get to the truth of what happened on that day. She also wants to know why it took several hours for the military to come to the assistance of the Capitol Police.

Many witnesses have come forward to help with the investigation.  Others seem reluctant as if they had something to hide.  Attorney Jeffery Eastman who advised Donald Trump at the time has told the select committee if required to testify, he will plead the 5th Amendment.   Steve Bannon’s response is more blatant. A former White House strategist, he has refused to answer his subpoena. Co. Earl Matthews, on the other hand, is eager to give his account. He’s submitted a written report which contradicts statements from two high-ranking military officers who, evidence suggests, might have a reason to lie.

Unfortunately, facts alone are unlikely to bring the country together on this or other pressing questions. Nearly 21 million of our fellow citizens fear “…African American or Hispanic people in our country will eventually have more rights than whites.” Contrary to stereotypes, these people aren’t a gaggle of young rebels. The majority are middle-aged.  Many of them are professionals: doctors, architects, members of the military, State Department officials, political advisors, and white-collar workers.  Says one researcher, “The last time America saw middle-class whites involved in violence was the expansion of the second KKK in the 1920s.”

That 21million people among us are living with an irrational need for a pecking order should terrify us all. That need may be the residue of a primal fear of the “other.”  Whatever its source, a society designed to ensure that topdogs and underdogs exist cannot endure.  If we wish to live in a peaceful nation, we may be required to build more asylums than prisons.

In the meantime, to move forward as one nation, the remaining 308.5 million Americans who are unaffected by fear must oppose demagoguery though it burns with the fervor of a religious movement. The swell of righteous passion that threatens to overtake us, we must recognize, no longer answers to morality or truth. As a result, it is making a shambles of our democracy and being helped by a conference of unprincipled  leaders who manipulate fear for personal gain.

America, be forewarned. The January 6 insurrection didn’t fail. It laid the blueprint for a second coming.