Truth As A State Of Mind 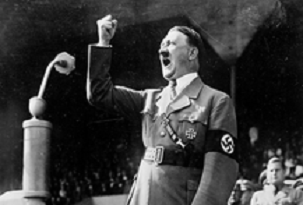 A blog I wrote about publishing memoirs drew different opinions.  One woman said I sounded cynical.  Another said the piece was droll. I tend to vote with the latter opinion, but the difference between the two illustrates a lesson I learned from my journalism teacher in high school. He said The goal isn’t to write well enough to be understood.  The goal is to write well enough to avoid being misunderstood.

Each of us views the world through the templates of our experience, so knowing what’s true is a tall order. Even in science, there’s an uncertainty principle. Mental illness dampens our understanding of the word, of course. That can’t be helped.  But, living among us are those who deliberately chose to distort reality. The best examples lie among religious fundamentalists.

Unlike science which adjusts its theories according to new information, religion resists new evidence. The Catholic Church denied Copernicus’s view that the earth revolved around the sun for 400 years.  Such rigidity leaves the mind little room to grow. Religious conservatives constrain brain development in the same way Chinese foot binding made women’s feet dysfunctional.  The result, say scientists, is brain damage.

Whatever the personal template that colors perception, the differences among us impede our ability to comprehend one another. We can view the same set of facts yet arrive at different conclusions. Witness the years of argument about climate change. Here’s another example. Fellow Americans Robert Waters, a musician, and Steven Seagal, an actor/filmmaker, blame the United States for the war in Ukraine. These two men live in the same capitalistic democracy that I do. But, unlike me, they see Russia’s aggression against its neighbor as faultless. Waters explains the U. S. threatened Russia’s border when it contemplated Ukraine’s request to join NATO.  As a result, Putin had no choice but to invade another country.

The argument is akin to the one a man might make for beating his wife. Because she made him feel insecure, she brought his beating on herself. Ludicrous as it is, consider the argument further. If Russia succeeds in swallowing Ukraine, it will have new neighbors at its border, Poland, Slovakia, and Hungry.  All of them are NATO members.  Should Russia invade them too? And is the United States responsible for that circumstance?

The leaders of Estonia don’t take the same view as Waters and Seagal. They’ve been mauled by the Russian bear in the past. That’s why they look to NATO for protection. The same history drives Finland’s and Sweden‘s decisions to join NATO.  Again, is the United States culpable? Like Jehovah Witnesses, did we petition them to join the alliance?

In an uncertain world, governed by cosmic and political flux, I sympathize with those who look for certainty. Unfortunately, the only truth others cannot contradict is how we feel. If I am happy, then I am happy and no one can say otherwise. Only a stick of dynamite might change my mind. A certainty principle like that one, however, isn’t flexible.

How do we live together in a world of separate truths? One possibility presents itself.  We could agree that life would be more amenable if we worked together to improve the human condition for ourselves and future generations.  Most of us could agree that no one should go to bed hungry. To implement the goal would be a giant leap for mankind. And we could do it.  We have the means. What’s lacking is agreement on its order of importance.

To seek unanimity among our separate truths requires a modicum of humility and courage. We’d be obliged to accept that our fixed truths are relative and that, as in much of nature, our minds are subject to an uncertainty principle.