To Dare To Go Where Men Have Gone Before 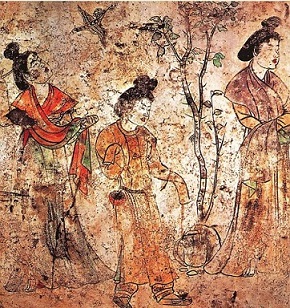 A week ago, I sat down to lunch with two women who are notable because they’ve dedicated themselves to advancing gender equality. The two had never met, so I brought them together to see what synergism might evolve. The meeting went well, a perfect example of women reaching out to support one another.

Unfortunately, such camaraderie isn’t universal among members of my sex.  Take, for example, Susan Greenhalgh and Xiying Wang. These two scholars have damned Leta Hone Fincher’s book, Betraying Big Brother, and with a surprising degree of negative energy. (“Chinese Feminist Fight,” by Susan Greenhalgh and Xiying Wang, Foreign Affairs, July/August 2019, pgs. 176-179.) Their main complaint is the scope of her research. They thought it was too narrow.

After reading their argument, I decided their standard was unrealistic. If Fincher had taken their advice, one day someone would have discovered her skeletal remains in the bowels of some library, her boney index finger marking a paragraph which needed further study. The degree of research Greenhalgh and Wang wish to impose would stifle any scholar. By way of example, they would have prevented an astronomer who sought to publish a paper on asteroids from doing so until he or she had given the reader a comprehensive review of the universe.

Fincher, to the contrary, eschews history in favor of political events. Based on the news, she concludes the Chinese government poses an impediment to gender equality. Unfortunately, Greenhalgh and  Wang disagree. The government, according to them, has fostered women’s progress.  (Ibid, pg 176.)

Finishing the critique, I was surprised that Greenhalgh and Wang failed to recognize their position is aligned with  Fincher’s more than they realize. Both sides tacitly admit the impediment to progress lies with the ruling patriarchy. It is the force that refuses to make room for newcomers. As such, women who seek to advance gender rights must resist patriarchy in all its manifestations, be it in government, the media or the culture.