Tiger Woods: More Than A Golfer 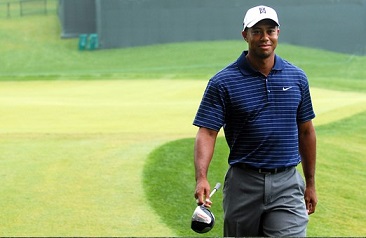 Probably, I should be embarrassed to admit I hate sports.  Any kind of sports.  If it involves competition and movement, I’d rather read a book.  When I taught school in Zimbabwe, I feigned enthusiasm for games because one of my duties was to chaperon the girls’ hockey teams to tournaments around the country, a responsibility that required I endure rickety railways rides across the hot, sub-Saharan desert.

At places called Gatooma, Bulaway, and Gwelo, I sat for hours under a paper umbrella and watched as my charges tumbled  across a parched playing field.  At the time, my level of indifference was as vibrant as the taste of unflavored water. Who won or who lost was of no importance to me. Why, in fact, should anyone care about a ball being shunted up and down an uneven turf with crooked sticks?  To my way of thinking, dozing in a lounge chair beside a pool was more rewarding, particularly if a cool drink sweated on a table beside me.

Of course, in the 1960s, hockey had yet to craze the American mind.  Therefore, I might be forgiven for lacking an appreciation for the merits of the game.  No matter.  I did my duty, rising to cheer my girls each time they made a goal, their sweaty arm pits exposed as they raised their hockey sticks toward the sky.  They were so happy.  But I was happier once the games were over.

Given my antipathy to sweat, it might surprise readers to learn that when I heard Tiger Woods triumphed at the Master’s tournament, recently, I sent up a cheer, as of old.   I wasn’t championing his golf, of course.  Time hadn’t mellowed me on that score. I was championing his spirit.

The world knows Tiger Woods’ story.  Many of us remember him as a callow youth — talented and seeming to grow more entitled as his reputation grew.  We watched him marry, happily, we  thought.  Then, a lump formed in our throats as this young man, by his own hand, methodically tore his life apart– his marriage, his health and his career.

“Has been,” some began to call him.  Yet, just days ago, Tiger Woods rose from his ashes to win the Master’s golf tournament.  How did it happen?  It took courage, certainly, but also it took something akin to humility, I think.  When a person realizes everything is lost, that person has everything to gain, as the saying goes.

Of course, I cheered his triumph.  In this cynical age, we still thrill at a comeback story.

Tiger Woods’ victory is a lesson for us all. We humans are creatures of light and dark.  Courage can sour into arrogance.  Joy can blacken into excessive pride.  The despair that follows is a merciless teacher. But if we can learn from it, hope usually follows.