Through The Lens Of the Pandemic 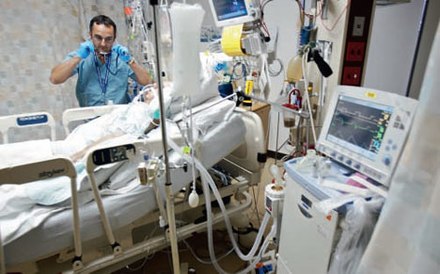 Confronted by an avalanche, the best a person can do is run like hell. The current pandemic feels like it may bury us but instead of running, we are advised to shelter in place. So, today I’ve decided to spend time reflecting upon some curious aspects of human society.  No small task.

I begin by noting the current reduction in human activity on the planet has cleared the air, literally. Carbon emissions are down and the Venice canals are so free of contaminants, we can see the fish. The effects are temporary, of course. The situation will reverse itself as soon as human activity returns to normal.  Nonetheless, nature does seem to be sending us a message: live in harmony with the environment or face the consequences.

Frankly, I don’t hold out much hope that we can live up to the challenge.  That we pray so much may be a sign we lack faith in ourselves.  Luckily, we have an abundance of pundits who make a of habit of explaining divine intention. Take the wife of the CEO for Hobby Lobby, for example.  Recently, she sent out a letter to employees assuring them she was in touch with God and He had promised no harm would befall those who showed up for work. (The Week, April 3, 2020, pg. 6.)  Apparently, He has forgiven the company’s earlier attempts to smuggle religious relics.

The Pope is less sanguine. He suggests that during the pandemic Catholics should stay home and make their confessions directly to God. (Ibid, pg.6)  This novel approach leads me to wonder.  If a shortcut to God is permissible, why not eliminate priestly confessions altogether? Imagine how money could flow to the poor if the Church relinquished its properties,  auctioned its artworks,  sold its artifacts and shipped its silken vestments to Goodwill.

If I seem to mock religious piety, you mistake me. I consider hubris a human condition, not the defect of some. Otherwise, how could anyone comprehend the behavior of Senator Rand Paul of Kentucky? For six days, while being tested for the virus, he remained in the public throng. Perhaps he assumed illness falls only to the undeserving. That would explain why he consistently votes against family sick leave.

And what about the hubris of Bernie Sanders? On Facebook, I defended him against those who insisted that after the debacle of Super Tuesday he drop out of the Democratic primary. I felt differently. I said he had to continue until there was no clear path to the White House. His volunteers expected him to fight, those who’d made phone calls, knocked on doors and swelled auditoriums to hear him speak.  But the landscape has changed and all we see, as one columnist described it, is his “obstinate exercise in futility.”  (The Week, April 3, 2020, pg. 12.) Worse, his insistence that there be more primaries smacks of a willingness to endanger the lives of those loyal to him.  “Vanity dies hard,” as Robert Louis Stevenson once wrote.