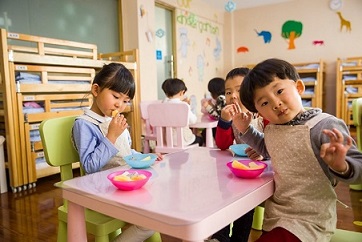 Recently, an article appeared in a newsletter which reminded me that everyone has a story to tell. The one I was reading contained the recollections of a woman, near my age, after the bombing of Pearl Harbor in 1941. She was seven at the time but retained vivid memories of her internment, along with her Japanese parents, at a camp in Idaho.

Among her impressions was the noise that hovered, like a fog, above the cramped space where people were being held.  Another was the lack of privacy. The toilets were without doors. The showers lacked curtains.  She recalled, too, that her father filled buckets with coal to keep the family warm each night, and that her mother emptied their chamber pots each morning. Food poisoning ran through the compound like a pack of hungry wolves. Even so, basic supplies were scarce.

Her story stirred memories of my own about those times. They came unbidden, and though they’d been buried deep, they still had the power to wound.

In 1942,  I was six, old enough to attend kindergarten.  Each morning, my mother walked me to school, and on the first day, I remember she was so apprehensive, she gripped my hand until it grew numb. I didn’t share her anxiety.  Starting school made me feel grownup.  Though I admit, when she waved goodbye the first time, abandoning me to a strange place, I had a sudden urge to run after her.

I didn’t, of course.  My teacher, Mrs. Debrolet, had anticipated my reaction.  Already, she’d taken hold of the hand my mother formerly held.  When she gave my arm a light tug, I glanced up and in that moment discovered my teacher was a magical creature.  Thin as a stick, she wore rows of silver bangles on her arms.  They tinkled when she walked, and her curls, silver like the bangles, were piled so high upon her head that I could almost hear them brush against the ceiling as we entered the classroom.  The space that welcomed me was aglow with brightly colored blocks, puzzles and picture books, leaving me in no doubt I’d found fairyland.

Mrs. Debrolet, whom I supposed was my  fairy god mother, sat me beside two Japanese girls, twins who were seated, cross-legged on a rug located at the center of the room.  Eager to get acquainted while everyone settled, I learned they lived at the end of my block.  I’d never seen them before, though I was slightly acquainted with their father.  He owned a private ambulance service that he housed in a  building large enough to shelter elephants.  I didn’t realize the family shared the space with his shiny engine.   All I knew was that some nights, when I was fast asleep, I’d awake to the roar of his engine as it made a sudden leap into the dark.

After a few days, the  twins and I became inseparable.  We shared milk and lunch breaks together.  The girls brought sack lunches from home but sat with me at noon in the cafeteria, offering sympathetic glances as I stared down at a tray of stewed tomatoes and fish fries.  They were willing to share their treats, but  I declined.  I never learned to appreciate  seaweed crackers.

At recess, we played jacks under a  Mulberry tree large enough to shelter us from the sun. Our competition was fierce.  The twins were good at jacks, but so was I.  If we squabbled over the rules, I don’t recall.  I only I remember the laughter.

One morning, when mother and I passed the ambulance house, I saw a sign in the window.  “Closed,” she said when I pointed to it with a questioning finger.  Then, she pulled me past, as if the place were haunted.

Entering the schoolroom,  I could see the twins were absent.  The lesson was already in progress, so I sat cross-legged on the carpet and waited.  When milk time came around, I asked Mrs. Debrolet if my friends were sick.  She shook her head, but didn’t look at me.  “The girls are away,” was all she said.

“I don’t know.” The square of her jaw led me to suppose further queries would be unwelcome, so I took my milk and sat alone under the Mulberry tree.

By the time my mother came to fetch me, I’d spent several hours in thought.   “Mama,” I said tugging at her arm, wanting her to look down so I could share my confidence.  “I think the twins have disappeared.  Can that happen?  Do people disappear?  Could I disappear?”

Mother squeezed my hand hard enough to make it numb.  “Of course not.  You’ll never disappear. I promise.”

She lied, of course.  One day, each of us must disappear.  So, before I do, I’d like to say to all the Japanese who suffered the injustice of internment, “I’m sorry.”