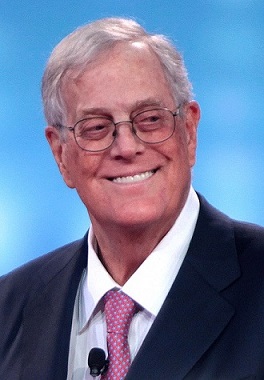 The Brookings Institute, a respected think tank, recently issued a report on the political benefits of Congressional earmarks. Earmarks are footnotes an elected representative once was allowed to insert into the Congressional budget. Usually, the earmark was for a project which favored constituents in the representative’s district.  Some earmarks became so outrageous a public outcry brought an end to the practice.

According to the report, depriving elected officials of their ability to make a  few self-serving deals is a bad thing. Earmarks encouraged Republicans and Democrats to work together — one hand washing the other, so to speak. With the practice banished, the two political parties have no incentive to cooperate. As a result, bi-partisanship has gone the way of the dodo bird.

If a little corruption greases the wheels of government, it is the lifeblood for art in America. Unlike other western countries, the United States provides little funding for creative activities. A single government institution exists for the purpose, the National Endowment for the Arts. It, however, is underfunded and is the constant target of conservatives who believe art and government shouldn’t mix.

Most art institutions solicit the super-rich for donations. Their subscriber and admission fees aren’t enough to keep them alive. The New York Metropolitan Museum, for example, gets as little as 16% of its budget from these two sources. (“The Art World Is in Crisis,” by James Tarmy, Bloomberg Businessweek, Aug. 19, 2019, pg. 60.)

Historically, some of the great art patrons have earned their fortunes in controversial ways. The Art Institute of Chicago came into being thanks to Charles Hutchinson, for example. He was a meatpacking tycoon whose unsavory practices became the focal point of Upton Sinclair’s, The Jungle. (Ibid pg. 60.) For other examples think Andrew Carnegie or J. D. Rockefeller.

Most recently, the Sackler family, also generous art patrons, has attracted public scrutiny because of its connection with the opioid crisis. Though hard-pressed, art institutions have felt obliged to return the family’s contributions rather than be associated with the scandal arising from its pharmaceutical business.  No doubt, the price of virtue is hard to swallow. As one artist wistfully noted, what has been good for the art world has been bad for the rest of society. (Ibid pg 61.)

David Koch died recently. Reviled by people of liberal persuasion, he gave generously to numerous charities, the arts among them. His passing highlights the almost symbiotic relationship between good and evil in the world we humans have created. As Hamlet’s remarked to his foolish statesmen, Polonius, “Use every man after his desert, and who shall ‘scape whipping?” (Hamlet, Act 2, Scene ii,)