Thoughts Of High Crimes, Misdemeanors and A Faux Pas 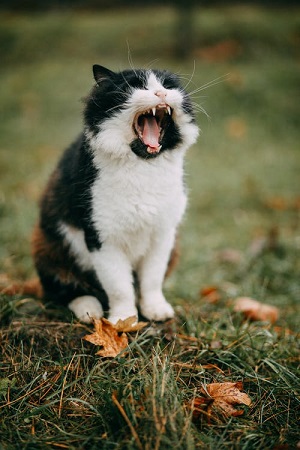 Needing a break from all the heated political debate, I kicked off my shoes yesterday and sat down to read the latest edition of Town&Country.  I wondered how the beautiful people avoided ill-tempered frown lines? Naturally, I didn’t expect to see  Donald Trump among those in that blue-blooded register. Nonetheless, a few pages into the magazine I saw him, our 45th President, standing shoulder to shoulder at Buckingham Palace with the Queen.

Despite being in his company, Her Royal Highness seemed unruffled.  Her diamond crown sat squarely on her head, and she was wearing the blue sash of her personal creation, the Victorian Order of Queen Elizabeth 11.

I admit the scene looked well composed until my eyes fell upon the row of Burmese rubies encircling Her Majesty’s neck. (“The Red Carpet Appearance,” Town&Country, February 2020, pg. 52.) I blinked, of course. Having researched the meaning of gems for my novel Ballet Noir, I was aware that rubies are prized for their power to ward off evil.

“I knew it!”I cried aloud and then thought better of it. Would Her Royal Highness really mean to offend to Donald Trump? I doubted it. The rubies, I surmised, were simply her favorites.

Of course, I can’t be certain. The rules of etiquette do change with the times. Men are no longer obliged to open a door for a woman or rise from a chair when she enters a room. And there’s so much new ground to be covered regarding the computer.  Is sending an electronic sympathy card gouache or permissible, one wonders.

Turning the magazine’s page,  again, I discovered an article that promised to answer some of my questions–advice from a Greek Princess who moonlights as an expert on the subject of etiquette. (“When in Doubt…Ask a Princess!,” by Danielle Stein Chizzik, Town&Country, February 2020, pg. 42.)   Someone had queried her about food allergies. When invited to a dinner party, was it permissible for a person afflicted with an allergy to bring a personal dish to the soiree?

The princess had no doubt on the matter. A guest never brings food to a dinner party unless the restrictions are life-threatening. End of story.

Naturally, I paused to wonder how the Princess came to hold so firm an opinion. Did she read of this restriction in the Bible? Or did her authority sprang from more ancient wisdom, the pages of the  Iliad or Odyssey, for example? Perhaps Sophocles mused about the food taboo in one of his plays?  Or, she might have found it among Plato’s Dialogues. Even so, I had no knowledge of it.

After further rumination, I decided the opinion originated with the princess who, after all, had recently written a book about etiquette for modern times. It occurred to me then that if her opinion were committed to print and left unchallenged, it might harden into a canon.  Decades into the future, I could imagine people with food allergies being condemned to sit hungry among dinner guests while peanuts and shellfish passed beneath their noses, their stomachs grousing like discontented cats.

I think it best to nip such a canon in the bud. In the case of a diet restriction, my advice is to consult with the host or hostess. Of course, I wouldn’t be surprised if people ignored my suggestion. I’m not a princess.  All I can offer is common sense.