They’re Either Too Young Or Too Old 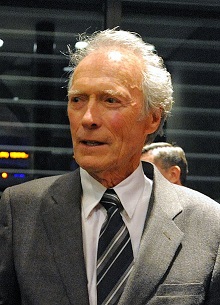 A U. S. voter isn’t surprised that Alexandra Ocasio-Cortez, New York Congresswoman woman from New York and a democratic liberal, fails to see eye to eye with Joe Manchin, a conservative democratic Senator from West Virginia.  But a public dustup over age is surprising. Manchin at 74 attempts to diminish his opponent, age 31, by referring to her as a “young Lady.” Ocasio-Cortez responds. …I usually know my questions of power are getting somewhere when the powerful stop referring to me as ‘Congresswoman’ and start referring to me as ‘young lady instead.

An insult, is an insult, is an insult.  If Manchin referred to me, age 85, as a young lady, I’d do cartwheels. Even so, I understand a gulf sometimes exists between the young and old.  Amid the pandemic Pop idol, Nicki Minaj (38) tells a mindboggling story that got her into trouble with her elders.  She insists a friend of her cousin in Trinidad swears his testicles became swollen after taking the vaccine.

Dr. Anthony Faucci (81), who leads the fight against Covid-19 and the Delta variant, counters her misinformation with facts. “…there is no mechanistic reason to imagine this could happen.”

Facts are good if a person can handle them. For the rest, laughter is better. Late-night talk show host Stephen Colbert tells Manaji, “See, that’s why I made sure to got my shot in the shoulder.”

As a teenager, I was positive adults misunderstood the young because they were born old.  I was offended by  Our Miss Brooks, a television program where Richard Crenna played a gormless, pimply high schooler who uttered inanities in a squeaky voice.

Flip the coin and several years later, Tim Conway’s skits on the Carol Burnett Show that mocked the elderly struck me as insensitive and annoying.   Clint Eastwood (90) probably wouldn’t have laughed. An Academy Award winner many times over, he’s released his latest film, Cry Macho, and hints another is in the works. “It’s…nice to have a paying job,” he quips.

Whether Carmen Diaz (49) and Drew Barrymore (46) will be working at 90 remains to be seen.  Women actors don’t have as long a shelf life as men in this country. Even so, neither performer expresses an interest in medical procedures to enhance a youthful appearance.   Says Diaz, “I’d rather see my face aging than a face that doesn’t belong to me.“  Adie MacDowell (63) sums up her philosophy this way.  “I think women are tired of the idea that you can’t get old and be beautiful.”

Adie’s sentiment sounds uplifting but reveals how young she is.  Beautiful to me (85) means enjoying good health, having a reason to get up in the morning, and enjoying life without pain.

Let’s face it, discrimination hurts the old and young alike.  I suppose that’s why no one seems to be happy with their age. Well… at 16 I was happy. At 16, I knew everything.

The truth is, we all share the same birthdate: TODAY.  So let’s celebrate and be kind to one another.