The Wrath of Gaya

THE WRATH OF GAYA 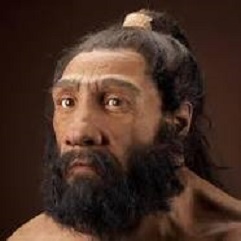 While the number of coronavirus victims rises in the United States, it’s difficult to see a man like Dr. Anthony Fauci, the scientist who led us through the AID’s epidemic, take his marching orders from President Donald Trump, a bungling, babbling buffoon whose approval rating for some inexplicable reason is improving.  Who can explain this phenomenon?  Certainly not Damon Linker, writing for Newsweek. He describes Trump’s supporters as a “politically potent segment of America” that is “both actively contemptuous of expertise” and “who are unwilling to combat political corruption when it benefits them.”

I agree. The United States has a long history of exhibiting contempt for scientists and intellectuals, otherwise known as elites.  As a result,  Ralph Bollinger,  an evangelical minister is likely to find more true believers when he says the coronavirus is God’s judgment against the LGBT community than Dr. Fauci who explains the illness is one that jumped from animals to humans.

After cursing the level of ignorance in this country, Linker believes that should Donald Trump win a second term in office, those who support civil liberties had better circle the wagons. Truth, justice and social equality are values that are likely to disappear. He proposes that states of a liberal persuasion create a federalist system among themselves, a balkanization of the country where the brutish are left to sink into the morass of their corrupt and money-grubbing values.

In a way, that balkanization has already begun.  Witness how the country has become a checkerboard of places where abortion clinics are welcomed and where they are harassed.  The death penalty provides another patchwork of similar disparity.

Linker’s proposal is a solution born of despair, of course. Nor would his plan be easy to implement.  In fact, it ignores the root of the problem: climate change. No piecemeal adaptation can address the crisis we have created through human behavior. What we are reaping in this pandemic, and from those likely to follow, is the consequences of our having overdeveloped the planet. When we cut down forests to farm and build houses, we force forest creatures to interact with us and become exposed to their diseases. For example, fragmenting the forest brought us Lyme disease.  But that’s a single example.   Between 1960 and 2004 335 new diseases have emerged with more certain to follow. Our rape of the planet has brought us to the brink of annihilation.

Rich or poor, elitist or non-elitist, people living in developed countries and those living in undeveloped ones, we have shown so little respect for our habitat that it appears the habitat has turned on us.  As humans continue to destroy the ecosphere, pandemics and famine will follow. Linder’s ambition is short-sighted. Circling the wagons won’t save us from the wrath of Gaya, and we have no one to blame but ourselves.

We have met the enemy and it is not Donald Trump.  It is us. That we should be led to our extinction by a Neanderthal seems fitting.