The Worst And Best Of Times 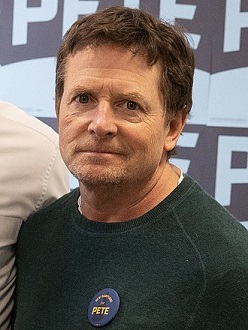 Who doesn’t love Michael J. Fox the scallywag actor from Back to the Future?  As most of us know, he’s fighting a losing battle with Parkinson’s disease and gave up acting last year because the illness now impairs his speech.  Even so, he remains active, writing books while guiding the foundation he co-founded to support research on this brain disorder.  (“Unbreakable,” by Andrew Corsello, AARP, Dec 2021/Jan 2022, pgs. 37-41.)

He doesn’t expect a cure in his lifetime but his attitude is positive. When asked how he kept up his spirits he replied, “Gratitude makes optimism sustainable.” I’d never connected the two emotions before, but Fox’s observation struck me as true. The strength to push against obstacles flows from the gifts we want to preserve.

Emotions like gratitude, hope, and love are powerful motivators. We also know, as an AARP study shows, emotions make us vulnerable.  “ …scammers work to manipulate you into becoming emotional, in either a positive or negative way” because emotions diminish reason.  (“Revealed! Who gets scammed,” Doug Shadel, AARP, Dec 2021/Jan 2022, pg. 34.)

Politicians are skilled at emotional manipulation.  They plead for money on one day because the sky is falling  The next, they ask us to give because they see hope.

Republicans and Democrats don’t share the same goals but both sides are adept at placing political issues on a war footing. Since the January 6 attack on the U. S. Capitol, their forays center on how to distinguish a patriot from an insurrectionist. Much of the disagreement centers on a reading of Section three of Article 14 of the Constitution. The section bars officials who have sworn to uphold that document from serving in public office if they violate their oath. Since the January violence, both sides are pointing fingers at one another as they attempt to gain the high ground.

If all voters had to face were the squabbles of the two sides, determining fact from fiction might be easy. Unfortunately, divisions exist within the parties.  The flames from these internal disputes can glow white-hot. There’s little room for forgiveness when colleagues feel betrayed. Righteousness and indignation toss compromise out the window. Even principles are forgotten.

Democrats, currently control the three branches of government. But, their margin is narrow. As factions pursue their objectives, they somethings resort to vilifying one another. These skirmishes are turning some constituents away. A survey of broadcast audiences shows  Fox News grabbed 42% of Democrats aged 25-54, CNN nabbed 33% and MSNBC got 25%?  Will this data serve as a warning for Democrats to seek compromise within their ranks, or will true believers become more autocratic?

Given the state of our politics, I’m tempted to paraphrase Oliver Hardy. “This is a fine mess we’ve gotten ourselves into.”  Even so, I doubt democracy is headed for extinction. These debates are shedding light– though some opinions of my fellow Americans make my eyes pop.

What we should fear most isn’t diversity, however, but demands for conformity. Conformity leads to groupthink, intolerance, and oppression.  Freedom lies within the debate. When the shouts grow raucous enough to shake our faith, it means change is in the wind.  America has faced this tumult before.  We’ve always found our way and will again.

Perilous times can strengthen character.  Seeds of courage are breaking through the hardpan of old ideas. I rejoice in these beginnings.  I will never meet Arizona’s Republican House Speaker. I doubt he and I would agree on a single social issue. Even so, he rejected a bill that granted the state legislature the power to overturn elections.  I take pride in him, Rusty Bowers.  Mike Pence, our former Vice President, refused to conspire with the January 6 insurrectionists. I take pride in him, as well.  And, I take pride, too, in Senate Republican Mitt Romney. He raises campaign money to reelect Liz Cheney, opposing his Party’s decision to censure her.

These actions don’t warrant Medals of Honor, but they do invite hope.  Reasons for gratitude lie all around us. Frankly, I’m prepared to grovel for a straw. Each night, when I turn on the television for news, I’m grateful for diversity.  Because of it, I don’t have to watch Tucker Carlson.