The World According To Charlie Brown 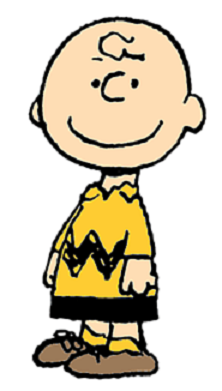 I’d lost touch with the world of fashion and celebrity for a while because I failed to renew a magazine subscription.  Having corrected my error, the publication soon arrived.  What I discovered is that elites are escaping Covid-19 restrictions by flocking to private clubs.  (“Privacy Is Not Dead,” by Marshall Heyman, Town&Country, 9/21 pg. 57.) Membership is pricey, though, enough to makes me think owning a private island would be cheaper.

In any case, for those with cash to burn, luxury services continue to flourish and aren’t confined to zip codes.  Telecommunication transports people anywhere without the need for a mask. A Zoom consultation for “skin laxity” with a New York salon means anyone anywhere—even the Pasha of Marrakesh—can enjoy expensive creams to ward off bags and sags. (“Look Ma, NO HANDS!” by Fiorella Valdesolo, Town&Country, 9/21, pg. 72.)

Of course, for clients who live in the Big Apple, salons offer other services that don’t expose them to Covid-19. A robot manicure is one.   (Ibid, pg. 72)  For a bit of gossip, however, be prepared to pay extra.

China frowns on these extravagancies designed to escape the virus. The country gave birth to the disease, after all.  What’s more, leader Xi Jinping is worried about a growing appetite for western decadence among the elite. To him, a cultural pandemic is worse than a viral one. As such, he has vowed to “…control all the cultural chaos and build a lively, healthy, masculine, strong and people-oriented culture. “

Where women will stand in this renewed “masculine” culture, I don’t know. Maybe women aren’t people. If so, they gain an advantage. Since no one cares why a chick crosses the road, she might go for a robot manicure.

To its credit, technology seems eager to serve humans. But where will it lead? The more it teaches us about other cultures, the more we dislike one another. Women in Afghanistan enjoyed a few western freedoms for a time. Thanks to a hostile Taliban, they’ve been whiplashed to the stone age.

American women face a homegrown Taliban, too. These are religious zealots who seek to overturn the Bill of Rights’ Establishment Clause. The Texas legislature, for example, most of them males, aims to end a woman’s right to an abortion after 6 weeks. By then, they argue, an embryo has a heartbeat and is entitled to the legal protections of personhood.

I doubt that fertilized eggs are people. At least, I’d never want to date one. Even so, what’s troubling is that Texas legislators know nothing about “birthin’ babies.”  The human embryo develops heart valves at 9-10 weeks.

Maybe those who wrote the law were thinking about fruit flies. It wouldn’t be the first time men have declared females a sub-species.

Foolishness isn’t confined to Texas, of course. Larry Elder, a conservative talk show host, and California politician comes to mind. An African American, he’s all for slavery reparations. He just wants it to go to the descendants of slave owners.  They are the folks who “lost their property,” he reminds us.

Hearing talk about people as property never fails to make my jaw drop. Even so, I won’t moralize but will stick to the facts. Slave owners were compensated.  Elder’s history is flawed as is, I fear, his brain. If he doesn’t win his California race, he might want to move to Texas.

Recently, a friend sent me a Peanuts cartoon that sums up my take on the world at this point. Charlie Brown is tucked in his bed with his dog. Having come to a decision, he turns his head toward his pal. “We’re not going outside anymore, Snoopy.  It’s too peopley.”