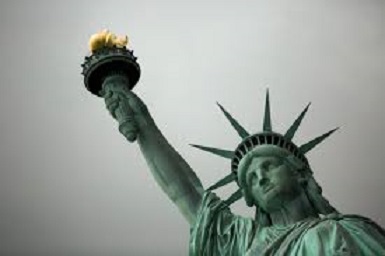 The day after Joe Biden’s inauguration, a friend emailed me a question. “What should I make of this,” she wrote. Her note included the remarks of a woman she’d known most of her life and who, decades earlier, had served as Maid of Honor at her wedding. Having assumed they were as alike as zebra stripes, my friend was stunned to receive a rebuke for her remark that she was glad to see the last of Donald Trump.

Suddenly, she felt she didn’t know her former Maid of Honor at all. And, if true, how was she to proceed in the relationship?

My reply came with a reminder that a bruised apple has value and shouldn’t be thrown away.  She caught my drift as hers is forgiving nature.

Our exchange ended, I paused to consider how the past four years of being governed by a president given to mood swings have left many of us feeling uncertain: doubtful about our values and those of our neighbors. A majority saw Trump as mentally ill. A minority viewed his unhinged behavior as part of a plan, the aim of which was to destabilize a ring of powerful child sex traffickers and to return the country to the norms of white supremacy.

By the time the Capitol insurrection occurred, most of us were aware this minority had abandoned vigorous debate and slipped into an alternate reality where they willingly sacrificed democracy for some imaged greater good. What we witnessed on our televisions or our smartphones on January 6, 2021, was a war of worlds.

In his inaugural address, President, Joe Biden called it an uncivil war  and asked us to “open our souls instead of hardening our hearts.”

Most of us would choose to accept his challenge if we could. But, like my friend’s reaction to her former Bridesmaid, we remain in a state of shock.  On January 6, the world changed.  How do we open our hearts, much less our doors, when around us we see rubble?

Some worry we are no longer a “Christian nation.” Others dread the flow of immigrants will alter our culture.  They question our ability to be a nation if we are without a common language, race, or ethos? Is there a map for this unchartered territory, they wonder? Out of fear, some would prefer to look back rather than forward.

Fear is understandable, but it blinds us to the fact that we are a nation of immigrants. Change has always been a constant.  What’s different today is that change comes faster. We no longer have the luxury of time to acclimate. Technology and a world of shrinking resources have herded us together like cattle in a loading pen. Differences once tolerated become points of friction and eventually, it seems as if all we have in common is the rule of law. Is that enough to rebuild a  nation?

French President Emmanuel Macron, facing similar challenges, hopes that law will suffice. A rising tide of Muslim citizens honors religious practices that threaten his country’s dedication to secularism. What common ground, if any, exists between religious taboos and free speech?

Macron seems to have found none.  Instead,  he has chosen to use his secular majority to impose an agreement between the government and Muslim leaders, forcing them to accept the primacy of free speech over blasphemy. One wonders how long an agreement like this one will last.

Sensing that Might seldom makes Right, Biden seems to have chosen to blaze a trail through the tulgey wood of multiculturalism.  The way is one many fear. Can he succeed?

Ironically, the path exists, though overgrown with time’s weeds. What’s more, a French woman blazed it.  Simone Weil, a philosopher, and writer in the 1930-40s wrote that duty is a necessary attendant to the exercise of freedom.  It doesn’t restrain freedom, Weil insists, but protects it from excesses. That duty, she goes on to explain, is to practice charity.

Let me provide an example. We seldom hear the “N” word in public any more. Why? If I stood on a street corner and shouted the word to the rooftops would I be arrested?  No. Free speech gives me the right to say what I like. So, why has the “N” word all but disappeared from the public forum?

As Weil would have it, the reason is charity. I am free to say what I like, but I also have a duty not to awaken “a spirit of contention in my society.”  Biden would call my restraint an act of civility. I prefer the word charity because it invokes the spirit of our country.  As pioneers, we recognized our duty to others, be it at a barn-raising or in a willingness to work a neighbor’s fields at harvest time. We are no longer pioneers but that sense of obligation stays with us.  We developed the Marshall Plan to rebuild  Europe after World War 11.  We assembled a United Nations to assist others on a global scale. We even rebuilt Japan.

Now we must ask, have we enough charity within ourselves to extend a hand to our fellow citizens, not to those who committed violence, but to those lost in alternate worlds?  Have we the capacity to embrace people who, in their misguided notion of patriotism, have left the nation bruised? Or will we let Trump win?  Will we allow him in four short years to erase our heritage?

In his speech to the nation on January 20, our new president promised he would devote his soul to making America whole again.  I believe more than half the nation is with him. That half must do its duty to those still wounded and in doubt.  When we find charity within us, we remind ourselves the nation has a soul, too.