The Truth About Femurs 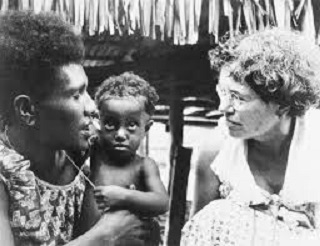 Recently, a friend sent me a quote ascribed to the American anthropologist, Margaret Mead. It was her answer to a question that asked what constituted the first signs of civilization in a culture.  She said it would be a broken thighbone that had healed properly. In the wild, the discovery of a well-healed femur meant some other individual had helped the injured party recover.  Otherwise, someone unable to run was destined for a lion’s belly.

The quote, say experts, is a misattribution.  What’s more, bioarcheologist, Stacy Hackner, has seen bone fractures in other animals that have survived.  They are few, he admits because, unlike humans, other creatures in the wild have the good sense to avoid risk.

That last observation may aim to bring down our species a peg or two, but I rise to its defense and argue that Mead’s miss-quote proves we are creatures governed by good intentions. Most of us want to believe in the goodness of others.  If we broke a femur in the wild, we’d hope a friend might remain with us to fend off the lions, tigers, or bears. Fifty percent of the time, we’d be right in our expectations, according to the law of averages.  For 100% certainty, a dog would make a better companion.

Senator Ted Cruz could learn from the canine species. While his Texas constituents suffered the hardships of snowstorms, massive power outages, and broken water pipes, he took a junket to Cancun.  Congresswoman Alexandria Ocasio-Cortez, on the other hand, saw the misery he’d abandoned and mirrored the behavior of a St. Bernard. A representative from the politically blue city of New York, she raised 2miilon dollars in less than 24 hours to assist beleaguered Texans, citizens of a red state who live more than 1800 miles away.

Believe me, I’m not pointing fingers. Faced with dangers beyond our control, anyone can go mad. During the AIDs epidemic, a gay friend objected to my caution about his social life. Instead of thanking me for my concern, he threw up his hands and shouted, “If I die, I die.”

Fortunately, my friend didn’t die. Sanity overcame his bravado. But I’ve seen similar acts of defiance during the Covid-19 pandemic. Walk down any street and count the number of faces without masks. “ff I died, I die,” seems to be the message.  I doubt a baboon would suffer a similar mental breakdown.

If I were asked to account for the difference between humans and baboons, it would be to point to our love for storytelling. For the last four years, Donald Trump has fed us whoppers–which shows that we make little distinction between lies and literature. Mostly, we prize stories that comfort us. At the moment, many fantasize they are immune from the Covid-19 virus or that the pandemic is a hoax.  Unless death is imminent and personal, “fear barely disturbs our consciousness” studies show. Or, if the fear persists too long, we give it a shove.  “Our cognitive system is just not set up to respond to that input for risk. “

Fortunately, not all of our species goes crazy at the same time. Those of us who have remained lucid during this pandemic are free to help the fallen. We might even survive the political turmoil we’ve suffered over the past four years. A majority voted for Joe Biden in 2020, didn’t they?  Now, that majority can work to heal the 7 million who were willing to leap off the cliff for Trumpism.  Healing a broken femur will be easier, I admit.  To make the nation whole, we’ll have to invent a  new story about what it means to be an American.

At the moment, I’m telling tales to my psyche because, as George Carlin once said of himself, “I am the only sensible person I know.”  Here’s what I’ve learned so far. Knowing what’s true and what’s false is important.  But helping others is a moral imperative far greater than the other two.

Did Margaret Mead ever talk about broken femurs in the wild?  Who knows? What matters is that the value is right.