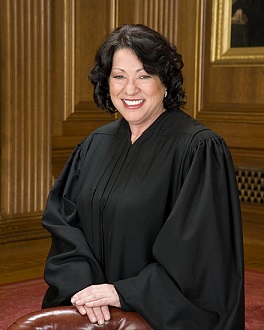 Because the U. S. Supreme Court has a 5-4 divide between conservative and progressive jurists, the country is holding its breath as the highest court prepares to weigh in on the abortion issue. Whatever they decide, the ruling is likely to send a shock wave across the country. Their decision won’t settle the hearts and minds of people on either side of the issue.  The decision will roil the country further while a greater threat lies ahead: the quiet decay of the entire judicial system.

Given the debates and democratic primaries of the past few weeks, many may have missed Justice Sonia Sotomayor’s recent rebuke of her conservative colleagues on the high court. The issued pertained to another 5-4 decision on immigration. This time the federal government was seeking an emergency ruling on a case already wending its way through the lower courts.  Having lost in two of them, the government, impatient for a final decision, decided to leapfrog to the Supreme Court in its case against Illinois. Litigators had has been putting pressure on the Governor of that state because Illinois exempts food stamps and healthcare when it determines if an immigrant is self-sufficient under the new federal guidelines.   It is the only state to do so, but the folks in Washington D.C. insist its exception poses a national emergency.

In her dissent to the 5-4 ruling that granted the government its emergency appeal, Justice Sotomayor questioned the math. How can one state constitute an emergency? What’s more, she pointed out, the request was premature as a lower court may have yet ruled in the government’s favor. By aborting the process, the Justice points out she and her colleagues lose the benefit of lower court opinions and makes the existence of those courts seem irrelevant. What’s more, overuse of the emergency appeal, 20 so far, makes the high court appear to be a pawn of the federal government.

Unfortunately, the public is often woefully ignorant about our justice system.  The language is foreign, the arguments complicated and the immediate effect of most rulings seem to have little direct effect upon daily lives. As a result, most of us tend to leave justice in the hands of lawyers and politicians.  That indifference has brought us to point of growing inefficiency and corruption in the palaces of law. Where is the passion once expressed by our founding fathers? “Let Justice be done though the heavens should fall.” (John Adams)