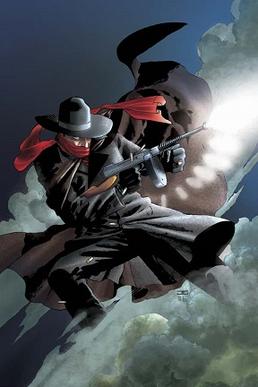 During the winter holidays, Britain’s Prime Mister, Rishi Sunak took a photo-op when he decided to serve breakfast at a homeless shelter. Sunak, reported to be worth  $800 million, made a stab at being chummy as he handed a plate of eggs and sausages to a stranger standing on the opposite side of the steam counter.  “Do you work in business, by any chance?”

As the man reached for the plate that hung in midair, he stated the obvious.  “No.  I’m homeless.  I’m here for a hot meal.”

Finding common ground with a stranger can be difficult.  Sometimes, it never happens.  Sometimes connection takes a second. Since arriving in Congress (2021), House Republican Marjorie Taylor Green has engaged her Democratic associate Jaime Raskin in Twitter combat.  No one could have guessed they were linked by a  thread.  Yet when Raskin announced he had cancer, Greene did an about-face. Her father had died of cancer. She knew the struggle that awaited her colleague.  “I’ll be praying for Jaime Raskin,” she tweeted.

Empathy is a grace that exists in most humans.  It lifts us into spiritual realms but is ephemeral. Called upon too often or for too long a time, the flame dies out. Prolonged empathy morphs into grief; grief becomes despair; despair, falling alike upon those who suffer and those who help,  leaves the spirit numb.  insanity is the final transition.

The Ukraine war is an example.  The nation may be winning its battles, but its rubbled streets look nothing like a victory. How long will the people’s courage last and that of their supporters?  Longer than the invaders’, I hope.  Seeing his country mired in blood,  one Russian propagandist’s despair touches upon insanity. Embrace death he exhorted his countrymen. “Life is highly overrated.”

History is rife with nihilists like him.  It is a state of mind as old as Biblical Masada and jihadism.  In times of greatest stress, it can pass for Reason.   Recently, the U. S. Supreme Court struck down New York’s gun control laws which were intended a cripple the growing number of mass shootings. The judges concluded that under the Second Amendment, the legislation violated the people’s right to protect themselves.

That decision was based on its 2008 verdict in the District of Columbia v. Heller. There, the judges determined that “militia” in the Second Amendment covered an individual’s right to self-defense.  Though reasonable on its face, the interpretation leaves citizens standing in crosshairs. One commentator rightly asked, “What happens when the people are no longer allowed to protect themselves from mass slaughter through their elected representatives and are left at the mercy of unelected judges who do not care if they are shot to death.”

The marshmallow experiment reminds us that our human tendency is to secure what we have rather than plan for future unknowns. The impulse can goad us into precipitous action.

In the 1990s, the United States may have acted impulsively when President Bill Clinton encouraged Urkaine’s desire for ties with Europe.  Political scientist John Mearsheimer says Clinton’s decision destroyed a détente between Russia and the west and paved the way for Vladimir Putin’s invasion of its neighbor. Clinton disagrees.

Graham Fuller, a political analyst, sides with Mearsheimer on the question and sees Ukraine’s struggles as a proxy war between the U. S. and Russia.  He says we are making a similar mistake with China he continues. Our efforts to restrict that country’s growth have backfired, leading  China to respond with its Belt and Road initiative —an economic development plan for third-world countries that China underwrites. The program has enjoyed success, particularly among nations in the southern hemisphere that have experienced the west’s military presence: Latin American, the Middle East, Africa, India, and parts of Asia.

Finger-pointing, of course, is among the oldest ploys.  At this moment, however, it poses danger because it diverts our attention from Damocles’s sword as it swings above our heads.  I refer to climate change. In a recent version of nihilism, some scientists have abandoned the hope that we can escape annihilation.

Those of us who dare to contemplate the future know that Marjorie Taylor Greene and Jamie Raskin have revealed the common ground that unites the species. Who becomes Speaker of the U. S. House in 2023 is irrelevant. At a visceral level, we know our charge. Either we work toward the common good.  Or, we nurture our grudges and fall victim to the lengthening shadow of our annihilation.