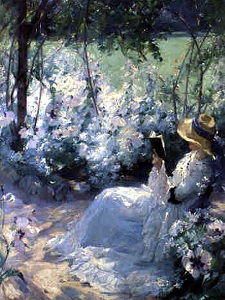 Recently, I sat down for coffee with a woman young enough to be my granddaughter.  I don’t have many acquaintances who are twenty-something, so, I was flattered to be asked to engage in conversation. Besides, I have a good deal of respect for this individual who is accomplished beyond her years. She invented her dream job, for example, then pitched it to the company where she wanted to work, and convinced them to hire her.  Who wouldn’t be impressed?

A writer by trade, she’s crafted a play soon to be produced, so she and I we share a love for language. Perhaps that’s why I admitted I had a bone to pick with  LGBTQ folks who co-opted “they” to express gender-neutrality. “’They’ already has an important role,” I sniffed. “It represents more than one person. ”

Generally, I’m flexible about language changes. I accept “Ms” as a substitute for “Miss” or “Mrs.” to obscure marital status.  But “Ms” is an invented word, not one ripped from the bowels of established usage.

The young woman opposite me looked sympathetic.  “You can use “zie” if you like.” She tapped on the screen of her smartphone with a red-enameled fingernail and brought up the word.

“How wonderful,” I exclaimed, discovering the alternative.  “No more ambiguity.  No more wondering about gender as I read, ‘Tobby and Denver agreed they liked Brokeback Mountain.’”

My next question touched upon inclusiveness  Should zie be added to the LGBTQ alphabet? Or is there a limit to the length of initialism?  If not, how long could the gender alphabet grow?  I wondered because I’d read an article about hermettes, a lifestyle to which I might belong. Should I insist “h” be added to the chain?

Hermettes are women who avoid the traditional female roles of wife, mother, and caregiver. Though few make up this number, their lineage goes far back in history.  According to Robert Rodriguez, author of The Book of Hermits, a woman’s order called the Beguines can be traced to the 12th century.

Beguines were neither nuns nor affiliated with a church, and though they did good work among the citizenry, they maintained their independence. Able to own property, and conduct a business, they lived in a sisterhood from which they could exit or return whenever they chose.  According to Rodriguez, they had the best of both worlds. They enjoyed the protection of an organization but lived as lay people. Eventually, the Catholic church grew tired of the Beguines’ independence and charged them with heresy.

In any epoch, for a woman to lead a liberated life is difficult. As a modern hermette points out, “…there are biological, hormonal elements, and cultural conditions that make it harder for women to be selfish about their time.” Some have felt so apologetic for their independence, they’ve consulted therapists. Even so, a small number of women do escape the mold. Enough of them exist to have formed loose associations through the internet. They even publish a magazine.

The lifestyles among hermettes vary. Some have partners, men or women, but they do not cohabitate. Solitude and privacy are critical to their contemplative existence.  When they need company, they reach out for it. When they don’t, they disconnect from Facebook. During the childbearing years, some may question their lifestyle, but those who break with society’s expectations seem to lead a happy existence.

“Should an “h” be added to the list of alternative lifestyles? I confess I am indifferent to the answer to my question. Recognition isn’t necessary. Should I feel a longing for inclusion, I’ll buy a subscription to Hermette Magazine.