The Problem With Jon Stewart 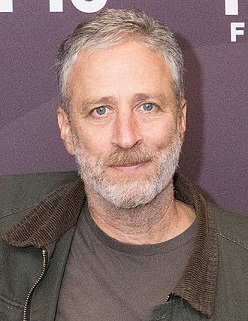 Former late-night talk show host, Jon Stewart stuck his foot in a puddle the other day and tried to retrieve it without getting his trousers wet. He said he was riffing with friends on his podcast, The Problem with Jon Stewart when he joked that the goblins at Gringotts’s Bank in the Harry Potter films seemed to be tropes for Jews. When the media picked up his comment, he was surprised and offended. Reporters had misconstrued his meaning. He saw his remarks as part of a “lighthearted conversation” with “chums” and insists he doesn’t think J. K. Rowling is anti-Semitic. “Get a fucking grip,” he said leaning into the camera during a later program.

He might wish to reframe his comments, but Stewart wasn’t having a lighthearted conversation with chums.  He was broadcasting over the airways to a large audience. A skilled entertainer, he knows the messenger is responsible for the message. Deny though he may, he should have anticipated that some of his audience might interpret his comparison of goblins to Jews as being less than lighthearted. They might see it as a complaint against an unflattering caricature of his heritage.

Such an objection is justified. Much of western literature casts Jews in unflattering ways. Shylock from Shakespeare’s Merchant of  Venice leaps to mind but there are other examples. J. R. R. Tolkien admitted his intent in The Hobbit.  “I do think of Dwarfs as Jews,” he once wrote. Then he gave a scholarly account of his reasons based upon language and history.  Despite the trappings of scholarship, the depiction is no less unflattering.

Stewart’s interpretation of Rowling’s intent is his own, of course.  The goblins at Gringotts’s might have been her satire of Swiss bankers.  Certainly, Jewish organizations came to her defense.  She welcomed their words, I’m sure, given the attacks she’s received regarding gender issues. Recently, a school in Chelmsford, England removed Harry Potter’s name from one of its buildings to protest her stance.

Why Stewart chose to mock the writing of a wounded artist is curious, but I believe him when he says he meant no harm. We live in litigious times which makes him a victim of those who feed upon outrage. Nonetheless, if blame is to fall, it should fall where it belongs. Had Stewart paused before airing his thoughts, he might have realized that if anyone is guilty of caricature, it is those who work in the art department where the images were designed. Sometimes, a goblin is a goblin is a goblin.

I highlight this kerfuffle not because it’s earthshaking, but because it reflects the times in which we live.  As I wrote in an earlier blog, society works better when we view one another with less suspicion. Otherwise, we lay waste to humor and common sense, not to mention our democracy.