The Magical World Of Color 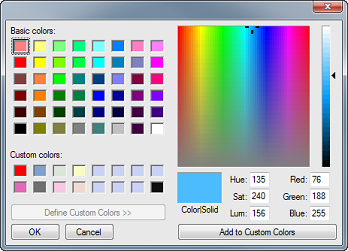 Orgasm at a cosmetic counter?  Who knew?

Benefit’s latest product is a shimmery blusher by that name. Blushers, overshadowed for a time by contour colors, are “in” again.  Of course, they were never really abandoned and have a racy history that precedes 1976 when the same company developed a nipple stain for exotic dancers. (“Turn the Other Cheek,” by Linda Wells, Town&Country, May 2021, pg. 87.)

In ancient times, pampered women added color to their cheeks with a mixture of pigment and powdered gypsum.  Women of China’s Tang dynasty mixed pomegranate, safflower, and cinnabar, being careful to apply it with a feather because cinnabar contains toxic mercury. Even then, the concoction came with a warning. Too much powder “… corrodes all flesh and all bodies.”  (Ibid, pg. 8.)

Prostitutes and showgirls have remained faithful to blush, while acceptance among the general female population has varied.  But on the whole,  says writer Linda Wells, both whore and virgin rely on it to make them feel feminine, desirable, optimistic, or confident.

What women have known for centuries, science is beginning to understand.  Color affects mood.

The film industry was quick to awaken to its power once freed from its black and white palette.  Certainly, Walt Disney saw its potential.

Today, the science of pigment offers new dimensions. Color no long suggests a mood, it evokes one. The difference between then and now is our ability to increase hues and luminosities so that an image of apple pie makes our mouths water.

Pigment, we’ve discovered, is more than primary colors which we mix to make other shades. Light plays its part. The source, direction, and whether it is a direct or reflected light determine what we see. Our eye receptors add to the magic through processes we have yet to understand. What we can say about color is there are no discrete hues but “a continuum of light and reflection”– which also means more primary colors exist than the human eye can see.  (“Out of Sight,” by Adam Rogers, Wired, May 2021, pg. 29.)

Pixar, a company devoted to animation, makes a religion of color.  In their world,  the “color script”—decisions about which lens shades go with which scenes–is as important to a film as the written word. Says one innovator, “…tricks of light heighten the entire emotional experience of movie-going.” (Ibid, pg. 30.)

As science pursues the physics of light, more tricks may emerge. Already, ways exist that allow the human eye to see colors beyond its range, if only for a moment.  Thanks to science, after millennia on the planet, we humans may eventually glimpse the world as our pets see it.