They Know Not What They Do 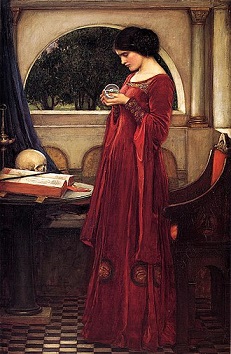 George  Gascón is in for the fight of his political life. The Los Angeles District Attorney is facing a recall because he wants to reform the justice system in his county.  He’s working to end life sentences without the hope of parole and trying juveniles in adult court among other reforms.

Calling them failed policies of the past, he blames politicians who seek to win elections by invoking fear.  As a former politician who faced opposition from stakeholders when I suggested similar reforms in the 1980s, I have an inkling about the vitriol headed his way. Data to support his approach is abundant. Severe punishment doesn’t reduce crime. Strange as it may seem, when the justice system is the primary way to address criminal behavior, largely, the result is failure.

Even so, the old arguments for harsh punishment persist with the media’s help.  Fear captures eyeballs. The public trembles. A hardliner calls out, “What about the victims?” People nod and forget that when the justice system fails, society is the victim. We waste money building jails we can’t fill. In my state, they had stood empty for years. One enterprising judge suggested we send teenagers who loiter in malls to prison to fill up the space. The idea was a breathtaking abuse of justice, but no one seemed shocked.

As long as people don’t know the facts behind what drives crime or don’t care, If they are more interested in scratching a vengeful itch, they will continue to pay outrageously for the satisfaction.

Ignorance is expensive but it can also be deadly.  Take for example the Russian soldiers who invaded Ukraine and surrounded Chernobyl. Immediately, they fixed their perimeter by digging trenches. What were they afraid of?  Ghosts?  A nuclear disaster at Chernobyl in 1986 has left the area uninhabitable to humans for the next 3,000 years.

Many of the soldiers digging into that radioactive dust weren’t yet 30. They knew nothing about the danger they faced. Sadder still was the trust they conferred upon their commanders, some of whom were old enough to know the danger.

The United States has taken Ukraine’s side in its war with Russia. President Joe Biden has imposed sanctions against the aggressor on many fronts. Technology is among them. U. S. companies are barred from selling or supplying digital services to Russia. The intent was to limit the spread of Vladimir Putin’s propaganda about the war. But the embargo has served the dictator well. Absent outside voices, he has kept his people in an information bubble. Many Russians believe their brave boys are fighting against Ukrainian Nazis, which is a lie.

Russian activists who side with Biden in their opposition to the war have asked him to modify his stance. They argue their country has become a “zombify” nation.   In response, U. S. has amended its Russian Harmful Foreign Activities Sanctions Regulations. As of now, the statutes permit technology to be shared concerning social networking, photographs, email, video conferencing, and instant messaging.

Because humans must prepare for the future without being able to predict it, mistakes are inevitable. At the moment techies are chasing perfect codes, those that would be invulnerable to attack. In the pursuit of their goal, they go to discussion boards or places like GitHub, an open-source site where 73 million programmers post their codes. Turning “human speak” into “code speak” without errors is a persistent problem.

GitHub’s Copilot is the latest tool to address the task. It has mastered major computer languages as well as human ones and is not only capable of editing, but can sift through open-source sites, looking for solutions if one is available.  In addition, it generates code on command. As yet, the code isn’t foolproof.  One computer engineer reports he has experienced a 40% error rate thus far. (“A.I. is my copilot, by Clive Thompson, Wired, April 2022 pg.86.)  Improvement is inevitable over time, however.

As the techies work their way toward code perfection, they have overlooked one outcome. If they achieve their goal, they will be out of jobs.