The Impotence Of Being Earnest 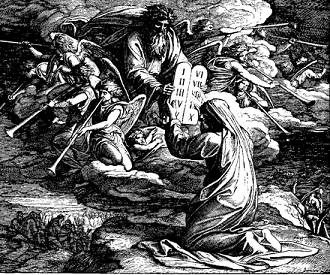 Lady Bracknell, a character in Oscar Wilde’s comedy, The Importance of Being Earnest,  is an elderly Victorian aristocrat with her corset pulled so tight it affects her brain. Learning that her daughter’s suitor is an orphan, she responds with disdain rather than sympathy.  To lose one parent may be regarded as a misfortune; to lose both looks like carelessness.

Free with her opinions, she shares them with anyone who will listen and often with those who don’t. Congress is full of such people, not to mention the clergy who air their thoughts from a pulpit high above their congregation.  Celebrities can’t resist, either. Approached by a reporter, they will expound on any subject, foreign or domestic.

Only recently has it dawned upon people that in the technological age these earnest outbursts have consequences.  Unlike thoughts scribbled upon paper, one sour note on Twitter has the electronic shelf-life of eternity. That fact alone is why Eric Schmidt, co-creator of Google, the ultimate search engine, predicts one day the young will need to change their names to escape their digital past.

Two perils await those who indulge in virtual outbursts.  First, words once aired no longer belong exclusively to the author. They belong to the public. As such, they can be repeated, misconstrued, or perverted by friends or foes. The second problem is that what people say at one point in time might be judged differently in another. Who doesn’t cringe for Thomas Jefferson, a slave owner, who wrote, “All men are created equal? “

Religious proponents appear to have a better time with their utterings than most.  They speak for God, after all.  The Word isn’t fickle… Until Martin Luther proclaimed that it was and changed it, as did John Calvin, Joseph Smith,  and L. Ron Hubbard. I reference only Christian-based rewrites, because who in the world remembers the teachings of Hariasa?

Many my age remember when premarital sex and divorce were sins to be purged by fiery flames. Today, hell no longer exists, and those “Thou shall not(s)” have proved to be as discardable as a used pair of surgical gloves.

One constant does seem constant, however. People want their freedom. A majority of women think the concept includes the right to control their bodies. Unfortunately, a minority among us holds a different view. They would require a woman made pregnant by rape or incest to carry that embryo to term, forcing the victim to become a parent whether she wills it or not.  These are high-minded folks who employ shaming and disinformation tactics as tools to intimidate in both the real and virtual world.

Happily, medical technology is working against these zealots. Mifepristone and misoprostol are abortion pills that have become widely available. These drugs are effective if taken within 10 weeks of gestation.  After that, a clinical procedure becomes necessary.

Concerning abortion rights, the Supreme Court is soon to weigh in on what’s been settled law for many years. If they upend the current understanding, it will mean at least 5 out of 9 members of today’s court will have broken with the past. Even so, the abortion issue won’t be settled. A majority of voters support abortion rights and the number will grow. Old opinions will give way in the real world. In the virtual world, the position of those who attempted to impose their personal view upon the lives of others will live on forever, people who will come to seem as foolish as Lady Bracknell.