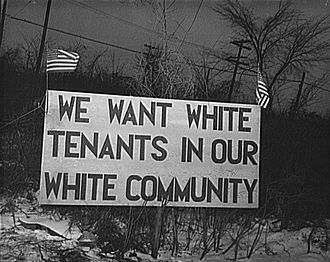 Artificial Intelligence (AI) learns by using algorithms.  Human brains learn by…?   Well, that’s the problem, We don’t know.  Using AI models to study how the brain functions is a problem, as a result.  Both systems may arrive at the same answer to a question, but did they use the same route? The brain is more complex than AI which complicates simulations.  Despite the challenges, AI is the best tool scientist have to study how our brains transform light and sound waves into subjective experiences. (“AI Is Helping Scientists Explain the Brain,” by Bahar Gholipour, Nautilus, Issue 42, pgs. 92-97)

Another complication is that experiences change as time passes.  The universe that followed the big bang isn’t the universe we view today. And because the cosmos is expanding, a million years from now it will look entirely different. Reality is what our mysterious brains process as information at any given location in time and space.  (“My Dad Told Me the World Was 100 Years Old,” by Subodah Patil, Nautilus, Issue 42, pgs. 70-75.) Since it’s unlikely we will ever escape the limitations of our brains, we must be content to live with incomplete knowledge that changes.

Simply put, we’d be wise to practice tolerance when we build societies based upon “universal truths,” like equality, justice, and freedom, which aren’t truths, by the way.  They are values that are also subject to change.  Consider our ideas about slavery. By the seventeenth century, all western European owers defined Africans as peculiarly destined to enslavement, an opinion that was often justified by the Biblical account of the curse upon Noah’s sons. Eventually, Black slavery became so prevalent, that Over the course of the early modern period, these lines shifted from religious to somatic categories, thus creating the relatively new category of “race.”

Today, some people are examining those early views that justified slavery.  Critical Race Theory argues that race isn’t a biological fact but a social construct, particularly as humans belong to several identity groups. Unfortunately, some historically Black colleges and universities have been subjected to bomb threats for having the temerity to explore a fresh perspective.

Violence may slow the acceptance of this academic approach, but it won’t erase it. African Americans and other minorities have a right to question why they have been unable to fully integrate into American society. Education could be a factor. Children of minorities tend to be relegated to underfunded inner-city schools. (“We must Protect, Embrace Hones Classroom Discussion,” by Jalaya Liles Dunn, SPLC REPORT, Spring 2022 pg. 4.) Attempts, like busing, to maintain a racial balance, usually fail. Middle-class taxpayers tend to flee to the suburbs to escape integration. When they do, they take with them their precious tax dollars, impoverishing city services and the minorities stranded there. By the way, these so-called minorities “…make up the majority of U. S. children.” (Ibid, pg. 4.)

The country’s leaders have long been aware that racial inequality harms the nation. Dwight Eisenhower, America’s 35th president, faced the problem at Little Rock when Arkansas’ governor called out the National Guard to prevent public school integration. Eisenhower openly worried that racism would complicate the country’s foreign policy, particularly in Asia and Africa.  Lydon Johnson’s “Great Society” came next. Johnson promoted ambitious programs to lift minorities out of poverty. Most of those programs failed, and in the case of American Indians, they decimated the culture.

Critical Race Theory offers a new look at “the great white way,” and why it was unsuccessful. Perspectives from minorities should be welcome, and they are necessary if the country is to make progress in race relations. Most Americans should be able to listen to fresh views without suffering the angst of being tarred with the wrongs of the past. An honest discussion might pull the country together. I see nothing to fear.