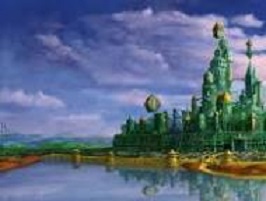 A strategist for the democratic party, Lisa Smith, sums up her political view of the world. It’s radical that being reasonable is radical and being normal is abnormal. ( ”Radical Reason” by Joe Hagan, Vanity Fair, October 2022, pg.43.)  Profound as well as surprising, the comment comes from a magazine with a picture of an actress exposing skin on the cover.

Incongruity is a specialty of human beings.  Whether it works as a successful survival tactic remains to be seen. The average span for a mammalian species is 1 million years, so ours is young by 700,000 years.  (“The Beginning of History,” by William Macaskill, Foreign Affairs, Sept./Oct., 2022 pg. 13.)  Having proved we are clever enough to plunder the earth to meet our desires, we appear to have brought ourselves to the brink of extinction.  Either we will go up in a cloud of nuclear smoke because we can’t get along with each other, or we will compete until we fish the oceans dry.

The world we have created is one we no longer can manage with ease.  As Smith portends, humans must reach a consensus about what is normal and abnormal soon. Most of us agree we aren’t in Kansas* anymore.

Bill Clinton, our 42nd President, believes we can find our way to the Emerald City if we bypass a divided political system and place our faith in philanthropy.  The basis for his sentiment is insubstantial hope.   I think there is a longing for people to get together and meet with an end in mind.

I want to ask what people and what end Clinton promotes. The guiding principle at the moment seems to be the will to power. Without a driving incentive for cohesion, cooperation has as much chance to survive as a dead Lilly that is plunged into a water glass.

William Macaskill, a philosopher who teaches at Oxford University, approaches human survival differently than Clinton.  He begins with a question. Can humanity manage “the danger of its own genius?” (The Beginning of History,” Foreign Affairs, Sept/Oct 2022 pg. 12.)

He believes we’d increase our longevity if we shifted our attention from the present to the future.  Do we want to preserve the planet for our descendants?

Regardless of differences in religion, culture, or politics, a majority would opt to save the planet for our unborn generations. The question is, how do we achieve it?

Macaskill isn’t alone in his concerns for the future. Writers Dani Rodrik and Stephen M. Walt make a startling proposal in “How to Build a Better Order.” (Foreign Affairs, Sept./Oct., 2022, pgs. 142-155.) Past attempts to reign in repugnant governments with sanctions do little to effect change or liberate the oppressed. Generally, the pain falls hardest upon the powerless.

A future world, they say, will need to accommodate non-Western powers and tolerate greater diversity in national arrangements and practices. (Ibid, pg. 145)  That means the political stage must make room for dictatorships like North Korea, the Taliban, and the military dictatorship of Myanmar.

Macaskill agrees and points out the benefits of bringing incorrigibles into the fold. With their existence no longer threatened, military spending in those countries would decline, and, presuming corruption doesn’t explode, some money might be left over to feed the hungry. The arrangement would reduce the need for cyber war, or nuclear and bioweapons. (“The Beginning of History,” by William Macaskill, Foreign Affairs, Sept./Oct., 2022 pg. 19.)

History shows us cooperation between advisories is possible when mutual destruction is at stake. After World War I, nations turned their backs on gas warfare. A few leaders have flaunted the Geneva Protocol, but they are deemed to be war criminals and imprisoned if caught.

Nuclear agreements, though old and out of date, remain in force for the same reason.  Cloning is another example of universal cooperation. That scientific breakthrough may be appropriate for farm animals, but no nation has broken with the consensus that human cloning is abhorrent.

Using the future to guide the present provides a greater incentive for cooperation than Clinton’s call for collaboration.  His appeal to our better angels ignores nature’s pecking order, the instrument for natural selection. Mutual survival is a more compelling incentive, especially when, today, people of all philosophies recognize that human life is at a flexion point.

Those who imagine we can save the future by returning to the past are already dead, fossils of a bygone era.  Humans have no choice but to observe the dictates of time. We must go forward. If the future threatens our extinction, then we must change the rules of engagement. To quote Eric Hoffer, In times of change, learners inherit the earth, while the learned find themselves beautifully equipped to deal with a world that no longer exists.

*Reference to The Wizard of Oz.