The Fig Leaf Of Civility 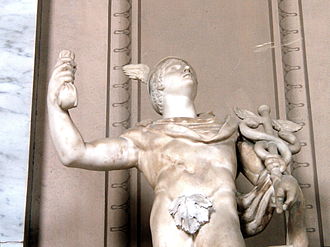 Many fairytales are quest stories in which the hero must accomplish a task before he wins the princess’s hand. The Twelve Dancing Princesses is my favorite.  Joe Manchin sent his Democratic colleagues on a quest to gain bi-partisan support for two voting rights bills he supported.  He knew the task was impossible having tried himself.  Even so, he accused his colleagues of “taking the easy way out” when they sought to work around the filibuster to pass the legislation.

By refusing to join with Democrats, Manchin allowed Republicans to obstruct an equal rights issue, fully aware the filibuster’s history was one dedicated to blocking similar legislation.

If the filibuster is sacred to him and his colleague, Kryrsten Sinema, who takes the same view, why did both agree to an exception to raise the debt ceiling? I don’t fault them for keeping the country out of bankruptcy. I question why democracy isn’t equally important. Exceptions to the filibuster aren’t rare. They’ve occurred 160 times.

Can Manchin and Sinema be sincere about voting rights when they agree to a roadblock? Democratic Senator Bernie Sanders has his doubts. So does Senator Chuck Schumer.  Does anyone of sound mind believe Manchin and Sinema are acting in good faith? Or, could it be these two have decided their future lies outside the Democratic party?

In the words of Sherlock Holmes, when we have excluded the impossible, whatever remains, however improbable, must be the truth.  The game is afoot though the truth lies hidden.

Until we know that truth, American democracy languishes as the captive of two legislators from small states with a combined population of 8.9 million, not all of them in sync with their representatives. Compare that number to a tide of 332,403,650 people, a majority of whom want to see reform.

The fig leaf of principle in which Manchin and Sinema seek to cloak themselves fools no one.  Their disregard for the plight of the disenfranchised suggests a “me” attitude, one too prevalent these days. Consider the numbers among us who refuse to wear a mask during a pandemic.

The Supreme Court is similarly afflicted.  Justice Neil Gorsuch refuses to wear a mask though he knows he puts the health of his diabetic colleague, Justice Sonia Sotomayor, in jeopardy. The “kiss-kiss” letter the pair signed to paper over their differences gives Gorsuch no right to ignore the safety of his associate. The letter is another fig leaf designed to suggest civility where none exists.

The public is neither blind nor stupid. They know actions speak louder than words. The woman who felt at liberty to spit on a child and shout “Jew” is no patriot.  America’s pledge is “Liberty and Justice for All.”