The End Of Tribalism 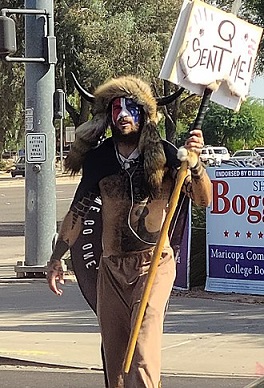 I sat down to brunch with a married couple I’ve known for years.  The friendship is so comfortable, we dare to talk about religion and politics.  Mostly we discuss books. The husband told me he was working through the novels of a Japanese woman who wrote fantasy.  He couldn’t recall her name.

After my friends and I parted, I returned home to sit in my easy chair, hoping to discover a topic for an upcoming blog.  As luck would have it, I came across an article about a Japanese woman writer who wrote fantasy, Sayaka Murata. (“A Planet of Her Own.”  by Thu-Huong Ha, Oct. 2022, Wired, 30.16, pgs.  69-75.)   Below the title, the blurb read, “…in her novels, she devises worlds where women reinvent sex, marriage, childbirth—and the boundaries of human existence.”

Women in charge of their lives? Now that was fantasy.  Contrast that fiction with the morning’s headlines about American journalist Christiane Amanpour. She walked out of an interview with Iran’s President in New York because he insisted she wear a hajib. Melinda French Gates, in another article, commented that 100 years would pass before women approach equality with men.

She’s right. The history of testosterone is long and pervasive. For example, Republican Senator Josh Hawley, in a tweet against LGBTQs, insisted schools should teach that there is only one gender.

As a former educator, I have strong feelings about people like Hawley–book banners and parental rights extremists. Their goal is to put blinders on young minds. I have a similar objection to homeschooling, charter schools,  and religious schools. They balkanize the public system which is meant to provide the basis for a common culture.  In part, our fractured nation is the consequence of a fractured educational system.

A population divided in what it accepts as facts threatens democracy. With no common denominator, we are left with opinions, as many as there are grains of sand upon the beach. Unfortunately, some of those thoughts come from elected leaders who should be wearing prison garb.

Incumbent Raphael Warnock, Georgia’s senator, has served his constituents without a breath of scandal. Even so, he is in a close reelection campaign against a challenger who admits to multiple personality disorder, has threatened his wife with guns and knives, and remains so menacing that three years after their divorce, she maintains a court protective order against him.

One pundit explains, voters no longer care about fitness for public office.  They choose to support tribal interests, instead. Political affiliation is one of them.  Donald Trump, our 45th president, is right when he says he could shoot a person in the street and retain the loyalty of fellow Republicans.

Vladimir Putin’s invasion of Ukraine is tribal.  He complains his neighbor is too friendly with his enemies in the west.  He feels threatened. So, in his fantasy, the world should see him as a victim, not an invader.

Few nations share his delusion, including allies like Chia and India. At a recent gathering of members of the United Nations, virtually all of the 15 members of the Security Council and the vast majority of U. N. members condemned Russia’s actions. They have reason to be concerned. Putin’s aggression threatens national sovereignty, a nuclear war, and worldwide famine.

Facts aren’t compliant. The truth will prevail.  When dreamers awake to it, will there be time to save democracy?  The Planet?

The 2022 midterms could be a flexion point for the United States. I sense a longing for a return to sense and sensibility. Exhausted by fantasy, people of many persuasions want a world that works.  They want to be safe.  They want their children and grandchildren to be safe, also. A dream of empire is one they can’t afford. Inalienable rights are what they require.  That hope isn’t tribal.  It’s human.

When equality is the norm, tribalism becomes irrelevant. We may also find that when tribalism disappears, we create more room for mercy.