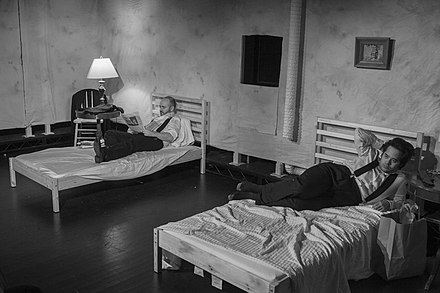 In a democracy, the tension between order and freedom is always at work.  To keep the current playing field even, Congressional Democrats have submitted a bill to expand the U. S. Supreme Court from 9 to 13 members.  They feel today’s jurists are too conservative for a society that’s become increasingly diverse and multi-racial.

To illustrate, white evangelical Republicans represent 13.1% of registered voters. lagging behind even atheists and agnostics who represent 17.6 %. White conservative thinking, no longer in the main stream but clinging to power, poses a threat to the country.  (“Secular voters outnumber religious groups,” Freethought Today, May 2021, pg. 11)

History informs us nothing is sacrosanct about the number of judges on the High Court. Since its inception, membership has changed six times.  What matters is that those who rule reflect the values of society.  When Donald Trump appointed Amy Coney Barrett to fill the vacancy created when Ruth Bader Ginsberg died, he tipped the political thinking of that body to the right, just as he had done with his appointments of Brett Kavanaugh and Neil Gorsuch.

Rulings about religious liberty, for example, have become increasingly permissive. Take the case of Espinoza vs Montana. By a vote of 5-4, the Court majority held that under the First Amendment these non-secular institutions had a right to public funds and that receipt of those funds in no way violated the establishment clause.  Their decision runs contrary to voter sentiment. A 2020 Pew survey reported 63% of Americans felt a separation between Church and State was important.

Unfortunately, bias can replicate like cancer. We’ve all been subjected to rules that appear to exist simply to perpetuate rules. We call it “red tape.” In a democracy, we have the right to question rules from on high. Otherwise, they proliferate and lead to madness.

Harold Pinter wrote a play called, The Dumb Waiter which has relevance here.  The scene opens in a sleazy hotel room where two killers await the arrival of their victim. To pass the time, they stretch out on the beds.  One reads the newspaper.  The other castes his eyes over the surroundings in search of entertainment—a fly or a spider climbing a wall, perhaps.

Several minutes pass in silence. Then the dumbwaiter begins a noisy descent, delivering a food request.  The killers ignore the message, but soon another arrives and another and another. Perplexed, one of the men writes a note and sends it back upstairs.  “No food here,” he writes.

Indifferent to the facts, the orders continue to descend. Unable to make themselves understood or to comply, the killers feel menaced.  Oppression, like dust, settles in the room.

Pinter’s The Dumb Waiter captures modern angst.  When faceless authorities make rulings that defy common sense, we feel victimized.  Deprived of a remedy, we ignore those rules or rebel. A third choice exists: to pray and hope the hereafter is kinder and gentler than the present.

Being an atheist, I place no hope in the hereafter. What I fear is the present. Should the disjuncture between a conservative court and a more liberal public become too great, we risk destroying our last bastion of social cohesion, the rule of law.

The nation is in no mood to take orders from dumbwaiters.  They seek reasonable justice. It may be time for voters to support efforts in Congress to expand Supreme Court membership from 9 to 13.