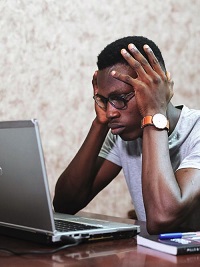 A young woman from Kenya sent me a friendship request on Facebook the other day.  Because I  lived in east Arica for a time, I agreed. Seconds later a new message popped up.  This one was from Facebook. The woman whose friendship I’d accepted had 5,000 already. The website wouldn’t allow her more.

My first thought was why would someone want 5,000 friends?  My second was who had I almost welcomed into my circle?

In today’s world, news travels so fast a reputation can be damaged overnight. Having too many casual acquaintances invites mischief. That’s probably why a company called Spotted Risk was born.  It offers “disgrace insurance” to those in need. No doubt Jerry Epstein’s friends are gobbling up policies at a hefty premium. (“Gifts,” by Joel Stein, Town&Country, Dec. 2019, pg. 40.)

Of course, people can do research on their own. Algorithms exist to determine if one’s personal connection to a scoundrel poses a strong or weak liability.  (Ibid pg. 40.) But given all that’s required, I’m stunned by the women in Kenya and her 5,000 friends. Perhaps she lives on a remote island and doesn’t care about reputation.

I decided to do research about her on my own and contacted a “mutual” Facebook friend. He’d never heard of her, he replied.

Of course, China has the art of screening for character mastered.  The government uses mass surveillance to keep tabs on its citizens and their circle of friends.

Without question, technology has changed social norms from those of the past. It has certainly redefined the meaning of “friend.” With everyone able to snoop on the internet, choosing your pals may require more than listening to your mother’s opinions about them.