The Age Of Unenlightenment 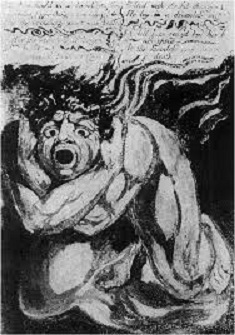 According to historians, the Age of Enlightenment dominated western thinking in the 17 and 18th centuries. Coming on the heels of the Scientific Revolution, it valued evidence of the senses, individual liberty, religious tolerance, and a separation between church and state. The major thinkers of this age, those who influenced the writers of our U. S. Constitution, were philosophers like Voltaire, Jean-Jacques Rousseau, and Montesquieu.

The age in which we live now stands in sharp contrast. Rather than limit ourselves to data, we choose to treat fiction as fact. Justice Samuel Alito voted to overturn  Roe v. Wade because he felt the ruling which sanctioned abortion was egregiously wrong. Ethically, he is obliged to tell us why. He replies that unlike the jurists before him, he makes no connection between the right to privacy and a woman’s right to control her body.

His answer may be heartfelt. I, for example, fail to understand the nature of gravity.  My ignorance doesn’t abolish the law, however.  Nor should Alito’s ignorance be the standard for half the population for whom he has abolished a basic human right.

Blindness is a common affliction in today’s politics.  A candidate who loses an election is likely to insist the election is flawed, following in the footsteps of our 45h president. These men and women would rather drive a stake through the heart of democracy than admit defeat. Even in victory, some can’t resist being theatrical. “We’re fed up!” Harriet Hagman declares, the woman who defeated Liz Cheney for Wyoming’s House seat recently. Like everyone who has ever run for Congress, she not only vows to clean up corruption in Washington but to restore Donald Trump’s good name.

The latter will take some doing.  Our 45th president stands convicted of more than one offense. He paid a fine of 25 million dollars because he cheated students at  Trump University;  he stands convicted of raiding his charity dedicated to cancer victims to enrich himself.  These are despicable acts.  Yet Hagman reserves her ire of Liza Cheney, not because her conservative voting record disappoints, but because she feels Cheney is out “to destroy President Trump.”

What is there to say about a future Congresswoman and a state that pledges allegiance to a convicted fraudster and throws an honest broker to the wolves? It says Wyoming has a high tolerance for corruption.  Already, Hagman has lied about Cheney. She accused her opponent of failing to concede the election. In truth, Cheney did.

Hagman, Wyoming, and the rest of the MAGA world imagine they can choose their reality. The majority of us know that wanting a story to be correct doesn’t make it so.   We are also aware that repeating a falsehood has no transformative power.

A rational mind lives in the world of science.  It understands that to survive, individuals must live as close to nature’s authenticity as possible. It also knows that information changes as we learn more about our universe.  So, with each discovery, a rational mind adjusts its views and admits its mistakes.  These admissions aren’t destructive. A flexible mind grows stronger.  That result is a far cry from doubling down on falsehood. That way leads to madness.

As descendants of the Age of Enlightenment, a majority of Americans know that those who invaded the nation’s capital on January 6, 2021, weren’t patriots.  When loyal citizens seek change, they don’t become insurrectionists. They resort to the quiet of the ballot box. Neither do they see themselves as white nationalists, Christian nationalists, or Trumpists.  They are Americans.  Just Americans… who choose to honor truth and the rule of law.