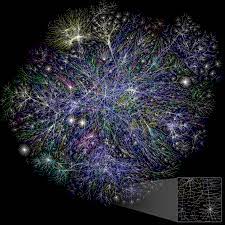 “Video and audio are the hottest media,” writes Clive Thompson, a reporter for the tech magazine Wired. ( “Every Word You Say,” by Clive Thompson, Wired, May 2021, pg.15,)  I have to agree.  My Write Away blog is approaching its 11th anniversary and enjoys a respectable number of readers. Even so, my video book series outpaces it in the number of visitors, though it’s had a shorter existence.

The audience for both programs overlap, of course, but foreign visitors tend to gravitate to video. In Indonesia, I’m a Rockstar. In Russia, KGB operatives have been fans since the 2016 U. S. presidential election.

According to Thompson, the hunger to link words with images is growing, particularly among the young.  “When kids today want to learn something, they don’t go to Wikipedia, they search YouTube.” (Ibid, pg. 15)

Zoom also acknowledges the trend. A major provider of visual internet meetings, it offers captions. The option is not only a boon to the hearing impaired, but others have discovered they can highlight portions of the comments for better note-taking.  (Ibid, pg. 15.)

Inventive minds have found other ways to link images with words to give them more permanence. For example, Thompson was surprised when a fan offered him $50 to own one of his tweets.  How is that possible?

The answer is non-fungible currency. (NFT) Electric impulses record a transfer of rights and a virtual bank stores the record with an identifying token. Saya Thompson, “Just about anything on the internet can be an NFT.)

These transactions are too ephemeral for my taste. Perhaps the reason is that I am old. If I am honest, too, I must question why I doubt the credibility of NFT’s when  I’ve been accepting paper in the form of banknotes for the sale of my  novels for years?

Nonetheless, like Warren Buffet, I can’t readily embrace what I don’t understand. To date, I remain uncomfortable in the virtual realm. How far does this parallel universe mean to take us?  Could we one day lose sight of reality? Already, I see it as a place where truth too easily disappears down a black hole or is valued no more than lies.

In this new frontier, where nature’s rules are absent, we are free to make laws of our own.  Can we build more caring societies than current ones? Or will we treat our invention as indifferently as the world we were given?

Whatever we create, it will never be more beautiful or more nurturing than the sun at dawn. Or, if we managed to create some digital nirvana, what then?  Is there an encore?