Technology, Good Intentions And The Road To Hell 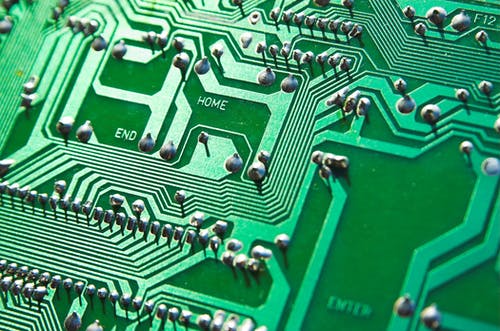 Thanks to hackers who spirited my personal information into the dark web, I’m getting weird emails. Some of the senders write revealing details about me as if we’ve known each other for years. “Delete that stuff,” my hardware guru advised. “They’re crooks pretending to know you so they can ask for money.”

Some messages look as if they’ve come from legitimate businesses.  “Do I have virus protection with this company?” I asked the guru a day later, my memory being porous as a sponge.  His reply again was terse, as  if he were spitting out the butt end of a cigar.  “Delete. You don’t do business with them.”

With my private data drifting willy-nilly on the tides of the internet, I forgive myself for being neurotic. Worse, the coronavirus is making it acceptable for do-gooders to probe into people’s information. Edward Snowden’s recent interview with Vice News revealed that Apple and Google are developing tracking technology that will reveal a person’s history of personal contacts. The intent is to help medical detectives discover individuals who may have come in contact with someone who has the disease.

Let me clear. Anyone subjected to this level of snooping has to agree to it from the outset.  Nonetheless, the system doesn’t confine itself to the consenting individual. It collects data from nearby phones, as well.  That cute guy standing beside you at the bus stop could be inadvertently sending your dental records to Dr. Fauci.

Fauci may be a nice guy, but hackers can access that information, as well. So can employers, insurance and pharmaceutical companies. In sum, almost anyone can. At the very least, those who submit to being tracked can expect to see more ads on their smartphones.

Cries for data leave me a bit suspicious, to be honest. With the amount NSA has stored on its computers, shouldn’t someone have seen this pandemic coming? Snowden believes they did and chose to do nothing.  Bill Gates hasn’t been silent on the subject.  He’s warned about pandemics for years. And so have medical experts.

As vital as data is to fighting the virus, we could also face a technological pandemic if the public doesn’t get answers to three questions before agreeing to move forward. First, who is authorized to collect the data? Second, where is it to be stored and third, for how long? Already, 30 countries have seized information intended to protect their citizens and used it to crackdown on so-called dissented, according to David Gilbert, reporter for Vice News. That list includes governments infamous for their opposition to civil liberties: Russia, China and Venezuela.  But  it includes names that might raise eyebrows : Israel, Kenya and India.  And let’s not forget opportunists who choose to be mean. I refer to those who dumped 25,000 email addresses and passwords hacked from organizations fighting the virus.

Veena Dubel, associate professor of law a the University of California, Hasting has one suggestion that might give us a measure of protection.  Time limit the data. After that, have it expunged so capitalists, totalitarians and miscreants may no longer use it. I’m not sure her suggestion will keep the march of technology on a path that is straight and true, but it’s a start.