Snafus And Nonesense That Pays 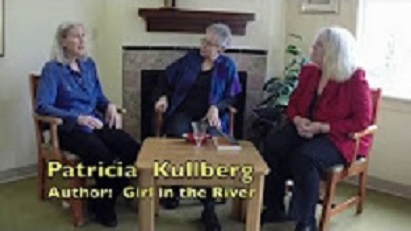 Just Read It courtesy of YouTube.com

Susan Stoner and I have been producing, Just Read it, a 10 minute YouTube book review series for over two years.  When I first proposed it, I doubted Susan or her cameraman husband, George, would be keen.  But they agreed to give it a try, and we’ve been having fun ever since.  We never know what to expect from our guests.  During a recent tapping of The Girl Before,  for example, guest Debby Dodds and I were prepared to discuss the book by J. P. Delany. Susan, on the other hand,  showed up ready to examine a work of the same title written by Rena Olsen.   Not until we were several minutes into the program did we figure out the disparity.  As I was the segment’s host, all I could do was shrug and smile into the camera. “Hey!  We aren’t Hollywood.”

Frankly, when aired, I suspect the program may be among the most watched of our productions.  Everyone gets a chuckle from a snafu. Call it the “surprise” effect.  Isn’t that the thrill of reality television?  Being on small screens — computers, lap tops and smart phones — instead of Cinemax doesn’t scream “professional” and allows for edgy experiments.

As I mentioned in yesterday’s blog, these riskier venues are giving the film industry stiff competition.  Because Netflix, Amazon and Hulu depend on subscribers rather than revenue from commercials, they can target smaller audiences and offer a varied selection.  As writer Gerry Smith explains, movies and traditional TV attract their audience by total immersion: “getting viewers to forget they’re watching and [] lose themselves in the characters.” (“29  Reasons Why BuzzFeed Is Getting Into the TV Game,” by Gerry Smith, Bloomberg Businessweek, June 12-18, 2017, pg. 63.)  But entertainment on small media is less about immersion and more about letting the viewer in on “the joke.” (Ibid pg. 63.)

As I say, programing like this is novel and it doesn’t have to attract large numbers. It just has to garner enough viewers to suggest it can pass for entertainment.

The demand for more reality venues opens doors for new talent, particularly writers and producers who can take a “thinly fleshed-out or low-budget web series” and blow it into “a fully realized, richly detailed compelling drama or reality show…”  (Ibid, pg. 64.)

Just Read It, which Susan and I co-host, certainly qualifies as a low-budget, reality web series and we’re not above surprises.   If some rich producer would like to collaborate with a stumbling pair of book critics, we’re available. (Click)