Keeping Pace With The Future Is Exhausting 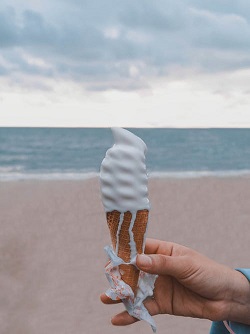 I’ll never quit cable television.  It’s not a matter of principal but one of fact. Cable comes with my retirement center contract. I seldom use it.  If I’m not watching OPB,  a Netflix  disc is my second choice for entertainment.  So, I wasn’t surprised to read, recently, that Americans are quitting cable in droves.  The shift is to streaming. The trend is creating a new set of entrepreneurs who can take a project from script to distribution without a middleman. (“Cable Lost—But Streamers Aren’t Celebrating Yet.”) by Shira Ovide, Bloomberg Businessweek, Jan. 13, 202, pg. 60.)

I’ve yet to accept streaming, though.  I’m set up with Roku and have been for a couple of years.  Nonetheless, I don’t find it as user friendly as slipping a disc into a slot. That I can do without a manual.

When my computer broke down last week and my guru paid a house call, I asked him to remind me how Roku worked. After all, he was the guy who installed it.

The moment he touch the Roku control device, its landing page sprang to life, much to my annoyance. .

His question sounded like an accusation so I stared at my shoes rather than answer.

Next he opened the battery compartment and grunted again. “These batteries are corroded.  No wonder nothing works right.”

Pulling out his pen knife, he removed the dead batteries and scraped the white residue they’d left behind. As he worked, my obvious neglect left me feeling guilty, like the accused, standing in the dock.

I watched as he popped in a fresh set of batteries, then handed me the dead ones as if they were bits of leprosy.  “These need to be recycled.”

I slid them into my pocket, wondering if my cheeks had turned red. The guru didn’t seem to notice but pressed the button on the Roku control.  Instantly, numerous options appeared upon the TV screen. A third grunt followed, different from the prior two as it had the ring of satisfaction.  He muttered some words about how to use the contraptions before he left me–words he’d muttered two years prior and which I had forgotten. He disappeared, not waiting for questions.  He’s a  computer guy, after all.  Not a teacher.

Several days have passed, and I confess the Roku device sits on the coffee table where the technician left it.  At the moment, I have more pressing tasks. With the hard drive replaced on my computer, I must reenter  the codes and passwords for all my accounts. If only I’d written more clearly!  Is that letter an “i” or an “l”?

Frankly, all this electronic stuff exhausts me.  Technology should be more like granite than melting ice cream. These rivulets of change leave me feeling old because the future keeps coming too soon.