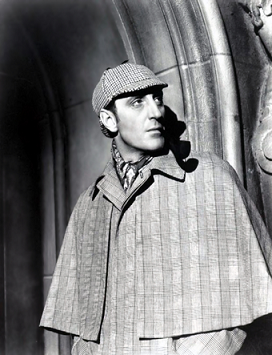 Whenever I get into trouble on Word Press, the platform for my blogs, I call my technician and ask him to fix it.  If he can’t, he goes to a site where technicians hang out and share information.  Usually, someone has a solution. This open-source watering hole has been a staple that has kept this blog online for ten years.

Other resources exist, of course. Some might have a greater appeal to James Bond than to a grandmother in Ohio who wants to share pictures of her grandchildren, but the December issue of Wired lists some mind-boggling “stuff.” (“Camera Obscura,” by Tom Simonite, Wired, December 2020, pg. 24.)  They include portable electronics to fuzz facial recognition devices or one that messes with thermal body heat cameras so a person can seem invisible.

Malware is the most important investment a person who surfs the internet can make. Once installed, it’s like traveling the web with a mastiff by your side.  Yesterday, I entered some dark space, unaware. “Stop! You can’t go there. ”That said, the malware wiped the address from my computer.

Because the electronic landscape constantly changes, users must be on the alert.  During the 2016 election, Russian hackers attempted to drown my support for Hillary Clinton with so many incoming emails that the blog was in danger of breaking down. These messages were persistent. They were a nuisance. And, I didn’t need a Congressional report to confirm there was foreign intervention that year.

As we know, the human brain is the most powerful computer on the planet. Reason is its only malware protection and it comes with bugs: ignorance, prejudice, and misinformation. This capacity to malfunction has set some people to wonder if there’s a code they could write to prevent hackers from hijacking people’s beliefs? To that end, they’ve been examining how these malefactors operate.  (“Beliefs Can Be Hacked,” by Sonner Kehrt, Wired, December 2020, pgs. 66-69)

So far, the computer sleuths have listed nearly 60 favorite ploys to confuse the public and the list keeps growing.  Their catalog is called Adversarial Misinformation and Influence Tactics and Techniques (AMITT) and even non-nerds can take a peek.

Besides identifying the fingerprints of hackers– overuse of favorite fonts; consistently misspelled words; identifiable patterns of language–they’ve cataloged techniques. Flooding a site with comments, as I experienced in 2016, is one. Using Twitter bots to amplify messages is another. Distributing fake articles written by fake experts is yet another.

Sites like AMITT won’t be popular with people who love conspiracy theories and want to be fooled.  For the rest of us who’d prefer not to be manipulated by Russia or anyone with dark intentions, the truth is out there.  All we need to do is a little fact-checking.