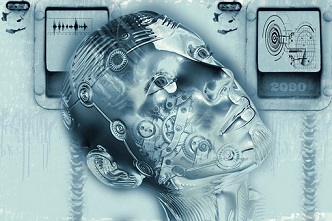 Can algorithms express ethics?  That’s a question occupying the minds of programmers as society relegates more of its decisions to Artificial Intelligence, (AI).  Today, AI can approve bank loans, award an inmate parole or select which information a person sees while surfing the web. (“Artificial intelligence: The ethics of algorithms,” The Week, April 26, 2019, pg. 19.

Aware it should keep an eye on this robotic activity, the U. S. House passed The Algorithmic Accountability Act.  It requires  big companies to “audit” their machine-learning systems to expose evidence of discrimination. (Ibid, pg. 19.)  Unfortunately, there’s an impediment to reaching the goal.  No one has developed a mathematical formula for fairness. Google made a stab at it, but after creating two ethics counsels, the internal squabbling forced the company to abandon the project.

Given the difference of opinion in our country alone, an individual might foresee that complex ethical issues will be difficult to reduce to a formula. Surprisingly, Pope Emeritus Benedict XVI disagrees.  The moral decline infecting the globe, he insists, began in the 1960s and can be distilled to a single reason:  The Women’s Movement.  His recent essay holds the  sexual revolution accountable for introducing a relaxed attitude towards morality, an attitude which allowed pedophilia to flourish in the Catholic Church.  (Ibid, “Benedict: Blame the sexual revolution,” The Week, April 26, 2019, pg. 16.)

Impassioned though the 91 year-old pontiff’s may be, he seems unaware that pedophilia wracked his community long before the woman’s movement, and it thrives  not only in countries where women are liberated but also in places where a woman has so little authority she must seek a man’s permission to place a toe outside her home.

What we see in misogynist values, like the Pope’s, are the embers of a prejudice against women that has scorched the centuries.  Let famine, plague or a nose bleed occur and it will be ascribed to witches.   That is the joy of a patriarchal tyranny.  Men have the luxury to accuse women for corruptions largely instigated by themselves.

Before we talk of a formula to encompass ethical principles, first let us decide whether AI should have a masculine, feminine or transgender frame of mind.