Swimming In The Sargasso Sea 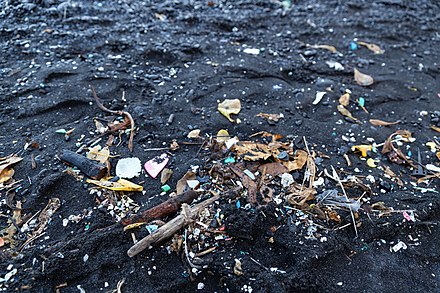 Before the pandemic struck, a gentleman at my retirement center and I had talked about the progress each of us was making on our memoirs.  Listening to his story, I knew his adventures needed to be shared. So, before parting from him, I wished him well. Then, the lockdown came, and I never saw the man again. During the interim, I assumed he was using the solitude to make progress on his book, as was I with mine.

My mistake.  A few days ago, I learned he had fallen to Alzheimer’s.  The book would never be finished.

“Time waits for no one,” as the saying goes  Each morning a new world begins with tenuous strings to the past and no guarantees about the future.  Dawdling writers, make haste!

Another reason to be vigilant about time is that the publishing business is changing.  Since Bertelsmann took over Random House and Viacom did the same with Simon & Schuster, the book world has “started acting slightly more like a corporate industry than a perpetual Yale reunion.” (“Dear Jon,” by Emily Gould, Vanity Fair, Sept. 2021, pg. 84)

With profit as king, one wonders if, someday, publishers will rely on algorithms to produce formulaic bestsellers and cut out writers as the middlemen.  How different that would be from the old boys club of the past when white male publishers made book deals with white male authors.  We all know the former literary luminaries: Ernest Hemmingway, John Updike, Saul Bellow Norman Mailer. I’ve referred to them as “The Boys,” men who ridiculed women writers, finding them interesting solely as bed partners.

A new iteration of “the boys” exists, but I’ve read none of their works and, according to data, neither has much of the public. Nonetheless, still puffed with ego, one of them refused an interview with Oprah. He didn’t want to be associated with books that weren‘t sufficiently manly, he said. He forgets women are the biggest drivers in book sales. (Ibid, pg. 85)

Literary dinosaurs of his ilk are fast disappearing. Some have decided to abandon literature to churn out pulp fiction for T.V. movies, particularly as book remunerations throughout the industry are shrinking. Women and minority writers are filling the gap.  (Ibid, pg. 85) No one should be surprised. Women are used to receiving unequal pay for equal work

For those unable to climb the steep literary fish ladder, self-publishing remains an option. There’s a drawback, of course.  Book enthusiasts are wary of those murky waters, a place where talent and trash converge.  Keepers of the canon who are capable of creating a buzz for authors don’t even bother to visit the beach.

I grieve for my Alzheimer’s friend who can no longer dream of catching a big wave and bursting into print with rave reviews. That folly keeps most of us “wannabes” engaged. Even so, the dream isn’t entirely self-serving.  A life devoted to the quest for perfection may be enough. The goal is to create an image or phrase or vision so fresh, it pricks the reader with an insight that demands a gasp.

“Writing is a game for suckers,” says Emily Gould in her article for Vanity Fair. That may be true. Still, I know of no occupation more satisfying than the pursuit of beauty. True, most of us who are seekers will remain tiny creatures floating unobserved among the red and brown seaweed of the Sargasso Sea.  Even so, we enrich ourselves on language’s exquisite truths as fully as the largest fish among us.