by Caroline Miller
coping with young minds, Freshman English, Gulliver's Travels, kindergarteners ', why not to hijack a school bus
0 Comment 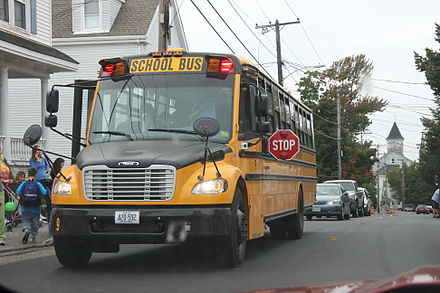 In my late twenties, the principal of the high school where I taught threatened me. “Promise not to join the strike and you’ll be rewarded.  If not, I’ll punish you.”  As a unionist and a person who had faced greater threats than one coming from an educator, I refused.  What could he do?  Force me to write 100 lines on the chalkboard: “I am a bad, bad person”?

As it turned out, he knew my vulnerabilities. The next term he took his revenge, replacing one of my senior advanced placement courses with a class in Freshman English.  When the bell rang on that first day, I sat at my desk, confident I could weather the experience.  I was wrong.

When the door flew open,  a sea of new faces, still childlike in aspect, confounded me. Unlike twelfth graders, these Freshmen didn’t quietly find a desk and slump into it as if they hadn’t slept for several days.   Instead, boys and girls clustered around me, touching my attendance book, my class notes, and even my hair. “Is that your natural color, Miss Miller?”

If someone had thrown itching powder over my body and told me not to scratch, I couldn’t have been more unnerved.  “Sit down, everyone.  Sit down.”

The din they were creating made it impossible for them to hear my words. One, in particular, was busy rifling the drawers of my desk. “Is this your purse, Miss?  My granny’s got one just like it.”

Eventually, I rose to my full height, 5”3”, and clapped my palms together in a tattoo.  “Sit down. Now!”

My roar surprised them.  Doubtless, they’d never heard a teacher shout before. Instantly, they receded from me like an outgoing tide, their eyes watchful as they found desks and took their seats.

I regretted my outburst at once. Fearful minds are impossible to teach. Yet fear wasn’t exactly what I saw in those faces. It was puzzlement as if they doubted I was a teacher.  Needing to prove myself, I began the lesson.

The silence I enjoyed was short-lived.  If the next words aren’t a proverb, they should be: Undisciplined minds scatter like cats before a pit bull at the least provocation. A hand raised from the back of the room. “What time is lunch, Miss?” Soon after, another student needed to go to the restroom. A third liked my shoes and wondered if I’d purchased them at Newberry’s.   No one, it seemed, was interested in grammar.

What I learned that day was that as a teacher of seniors who were bound for college, I’d rested too long on my laurels. For the remainder of the year, I struggled to master the art of shaping amorphous minds. I’m glad I stuck to it, but that is another story.

My intent in this blog is to write a primer for those who innocently encounter the audacity of youthful thoughts Most specifically, I speak to would-be school bus hijackers.   They do exist and are probably dropouts from Freshman English. I begin with the story that follows.

One afternoon,  a young man boarded a yellow bus parked outside of an elementary school. The rifle he carried, he pointed at the driver and told him to head for the next town. The driver didn’t argue but started the engine, pulling away from the curb as ordered.  As he did, his passengers who were seated at the back of the vehicle began to squawk like chickens awakened before dawn.

Surprised, to see kindergarteners behind him, the young hijacker made a hasty and fatal decision.  He ordered the youngsters to come to the front of the bus where he could keep an eye on them. They advanced like a platoon from Napoleon’s army, eager and full of questions. Why was the stranger stealing their bus?  Had he done something bad? Why did he need a gun? Was he going to shoot them?

What the hijacker should have known is that pointing a weapon at children and ordering them to be quiet has no lasting effect.  Some might cry.  But mostly, they are too young to have internalized the meaning of death.  So, as to be expected, questions continued to burble from them like gas from a bog.

Eventually, the young man realized he was Gulliver amongst the Lilliputians, gun or no gun. He decided to walk and ordered the driver to stop the vehicle by the side of the road. The moment the doors swing open, he leaped over the steps like a man eager to sprout wings. Unfortunately, he didn’t fly far enough and the police easily scooped him up.

I tell this story as a lesson. Should anyone be contemplating a school bus hijacking, I’d advise that person to reconsider! School buses are slow, difficult to maneuver, and easy to spot. If commandeering one is unavoidable, make certain no kindergarteners are on board. Or, if one is cursed to find some—and this is the most important advice of all–never, ever require them to occupy the front seats.