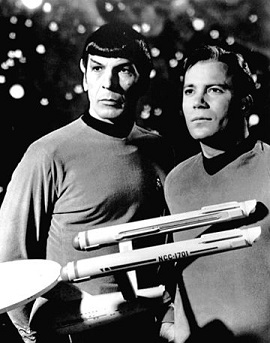 “To go where no man has gone before,” was Geoff Hinton’s hope when he continued to pursue deep learning while other computer wizards abandoned the idea. His eventual success made him wealthy and opened new possibilities. Automated fusion, is one example, the model for managing and collating massive amounts of data.  With it, engineers envisioned self-driving cars to make traffic safer, but the same capability in data collection also threatens individual freedom.

Edward Snowden once warned: Know that every border you cross, every purchase you make, every call you dial, every cellphone tower you pass, every friend you keep, article you write, sites you visit, subject line you type…is in the hands of a system whose reach is unlimited but whose safeguards are not.  (Ibid, pg. 5)

Some dismiss Snowden’s forebodings, arguing he has been away too long from cutting-edge technology to predict the future, even though he continues to work for an unnamed company in Russia. (Ibid, pg. 4) But even if true, his influence extends in other ways–in the number of his supporters. Many of them are young people who see Snowden as a man who speaks to power. (Ibid., pg. 6) If anyone can stir the hearts and minds of a new generation, it would be him.

Mark Zuckerberg, the founder of Facebook, once commanded the same demographic and  labeled anyone over the age of thirty as “old.”  Today, at 37, his influence among the young has declined. That fact should alarm him as advertisers covet the young, given their discretionary spending power. Where youth goes, the markets follow.

Trendsetting isn’t to be confused with good taste or even good judgment, though all of them are the products of opinion and, as such,  are as ephemeral as the foam the tides leave in the sand. To glimpse the future in any subject, art, religion, or politics, for example, we must look at the space between present authority and the anarchy of future change. Writer Adam Gopnik calls it the place “where argument is possible.” (“Not Even Mozart?” by Adam Gopnik, Town&Country, October 21, 2021, pg. 150.)

One trend that is forming should cause alarm.  More women are attending college than men.  One reason may be that men have more options than women.  They can earn good wages in the trades, while women shy away from becoming plumbers or firefighters. The latter see education as the vehicle that will take them to places “where no woman has gone before.”

Over time, workers with degrees outpace the earning power of those with skills. If women continue to earn more degrees than men, they may change the rules of courtship. Finding a compatible partner could become challenging and have consequences.  As one professor observed, “The most dangerous person in the world is a broke and alone male, and we’re producing too many of them.”

The trend exists globally even though women continue to experience more impediments to getting an education than males.

…young women are increasingly better educated than young men in many OECD countries.  [Organization for Economic Cooperation and Development]. In reading skills, for example, boys lag behind girls at the end of compulsory education by the equivalent of a year’s schooling on average. They are also far less likely to spend time reading for pleasure. Boys do perform better in mathematics, but the gender gap is narrower than in reading

No one, I hope, will suggest the solution to this disparity is to return females to the kitchen.  The women’s liberation movement has always been about smashing stereotypes for both genders. We might want to start by disconnecting a person’s worth from money and giving greater value to good character.