Bias Is No Impediment To Justice 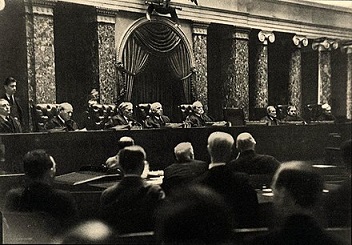 The axiom, “Liars sometimes speak the truth,” existed as far back as the ancient Greeks, and is still accurate today. But how are we discern the difference between truth and a lie?

With regard to articles of impeachment, Donald Trump’s supporters have dispensed with the need to make a distinction. Everyone outside their bubble of belief is deemed to be biased.  Tom McClintock illustrated this point recently when he asked  Constitutional scholars testifying on articles of impeachment before Congress to raise their hands if they voted for Donald Trump in the 2016 election. When none did, he assumed they held a bias against the president.

McClintock’s twisted logic notwithstanding, one witness pointed out all the Congressman had proved was that a unanimous objection to his question existed.

Let’s be honest.  Everyone has biases. But does bias make someone incapable of being fair? Think about it. If that were true then justice could not exist. But it does.  Every day in courts throughout the land, judges and jurists attempt to deliver fair verdicts. The system isn’t perfect, but it has served us well for hundreds of years. Even our politically divided U. S. Supreme Court presided over by Chief Justice John Roberts has issued more unanimous decisions than divided ones.

If we allow Republicans to succeed in their argument that bias precludes fairness, then what principle are we left with? Might makes right?

Voters would be foolish to accept the Republican presumption that without a total absence of bias justice becomes a  wasteland where all of the people all of the time are too opinionated to govern themselves.

That notion would be a lie. The truth is that a republic founded on the principle of fairness will be greater than the sum of its parts.