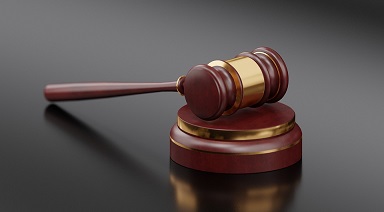 So far the American Bar Association has rated eight of Donald Trump’s nominees for the judicial bench as unqualified. The number isn’t unprecedented for a president, but our dear leader has little tolerance for criticism. We shouldn’t be surprised that he has decided to bar the Bar from receiving advanced information on his nominees.

His license stems from the public’s indifference to the judiciary. Appointments are an insider’s game, played among those with ambition or an ax to grind. Otherwise, the appointments are generally met with a yawn, even in the media. Unfortunately, indifference comes at a price. This year, the U. S. Supreme Court will rule on a number of hot button issues:  whether employees can be fired for being gay or transgender; whether gun rights are embedded in the Constitution; whether 700,000 Dreamers can remain in the country of their birth; and my personal favorite, a woman’s right to an abortion—a question once presumed settled.

Frankly, the upcoming presidential election is as much about future court appointments as it is about who takes the number 1 job in this country.  Much also depends upon which party controls the Senate. For example, in the Obama years, the Republicans who were in charge refused to consider the Supreme Court nominee of this liberal president.

How nice it would be if the elected officials of either party “care[d] more about protecting our institutions rather than controlling them,” sighed one political writer. (“Supreme Court.” The Week, October 8, 2019, pg. 6) I agree, but who can afford to hold his or her breath that long?

To create a more level playing field for court appointments, we the people could demand that vacancies be filled, not as lifetime appointments but with term limits.  A constant change in the mix might make all the people feel they’ve been heard some of the time. Or, we could demand that judicial appointments be approved by 75 votes rather than the 51 possible under a nuclear option. That might ensure that a candidate’s credentials are broadly palatable.  Both alternatives seem doable and far more realistic than hoping our elected leaders will play nicely together.

Being human, ourselves, we know none of us are angels. Power has its lure. Even so, is it too much to ask for a level playing field? I believe it could be ours if we expressed the will.