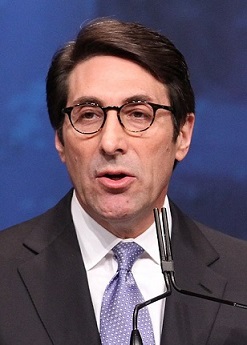 Like many girls raised Catholic, I flirted with the idea of becoming a nun.  The notion of service to others appealed to me and, frankly, it still does.  Happily, I found my calling as a teacher. I know that moment of joy in The Miracle Worker when Annie Sullivan stood at the water pump beside her pupil, Helen Keller, and witnessed the deaf, blind, dumb girl escape her isolation.

My impediment to taking up a religious calling was but one. At the age of eleven, I gave up God. After that, it seemed pointless to rise from my convent bed at 4 a.m. each morning to pray to a mythical figure. Of course, the moment I lost my faith, I fell to the lowest rung in society, if the latest Pew report on atheism is to be believed. Even so, as a teacher, rather than a nun, I dedicated myself to my students and, I think, did little harm.

Perhaps, one day, those who are religious will come to see they have little to fear from atheists. Perhaps, then, they will take their foot from my neck and the necks of other non believers. I have reason to hope. The Pew report says my tribe has grown in number, from  2% to 4%, since 2009. Not a revolution, to be sure.  But, hopefully, a trend. What’s more, I’m chuffed to learn about my cohorts. According to the report, they are highly educated and know more about the Bible than other groups surveyed.

I am also happy to learn there is a growing consensus among believers that a person doesn’t have to accept in God to be moral. That opinion shift is a vast improvement over the previous one which required non believers to be burned at the stake.

Even so, why do atheists retain their low rank when compared to other groups?  What about white supremacists? Are atheists better or worse than they are? Or pedophile priests?  Or the leaders of the LDS Church?  A whistleblower reports they cheated the government out of $100 billion in taxes.

Of course, one question begs another, so I’ll ask only one more. If people believe in God because the idea is reassuring, how reassured are they when one of the top Evangelicals in the nation, Jay Sekulow— a member of Donald Trump’s legal counsel and head of the charity, ACLJ–has had that charity slapped with a donor alert by the American Institute of Philanthropy?