The Whole Truth And Nothing But The Truth 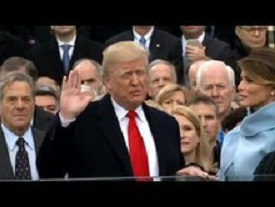 Recently, a Bernie Sanders supporter floated a conspiracy theory on Facebook: U. S. House Speaker Nancy Pelosi deliberately delayed delivering the  Articles of Impeachment to the Senate in order to keep Sanders in Washington D. C. for the trial, away from the Iowa campaign, and to leave the field open to his rival, former Vice President Joe Biden.

The theory is novel and no stranger than Allan Dershowitz’s defense of Donald Trump. To wit, the 45th President’s attempt to blackmail Ukraine wasn’t impeachable because whatever a sitting president does is legal. Who knew? Apparently, the nation owes Richard Nixon an apology for Watergate.

The Pelosi conspiracy theory, while original, gets tangled in fact. Three senators were confined to Washington D. C. for the trial.  Of the 3, Amy Klobucher, enjoying a recent spurt in the Iowa polls, was the most injured by being forced from the campaign trail.  Sanders, with ground support from his 2016 contest against Hillary Clinton, appeared unaffected by his absence. A recent Des Moine Register poll shows him leading all other contenders. (“The Race is Just Beginning,” by Joshua Green and Emma Kinery, Bloomberg Businessweek, Jan. 27, 2020, pg.34.) Nor has he lost his ability to fundraise. (Ibid pg. 34) True, his recent heart attack was a stumble, but Pelosi didn’t orchestrate that.

Conspiracy theories have been with us for centuries and the Trump era has given inventive licenses to loyalists on both sides of the political spectrum.    The character, Colonel Nathan Jessup from the film “A Few Good Men” may have been right.  Some people can’t handle the truth.