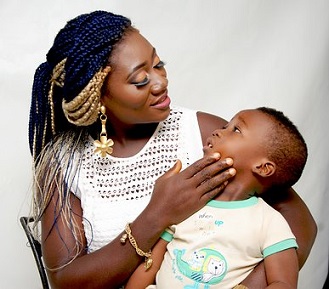 When I was in the sixth grade, my town was large enough to support two  junior high schools, Lincoln and Garfield.  The posh kids went to Lincoln.  The poor kids went to Garfield where there was a flutter of gang activity.  At the time, I lived with my mother in a small, apartment complex, a clapboard affair with an open sewer at my back door, home to a colony of blue-bottle flies.  A large house sat on the same plot behind us.  My friend Verla lived there with her parents and 5 brothers and sisters.  Their house faced Colorado Avenue, so their address was different from ours.

That difference gained importance once I graduated from grammar school.  Colorado avenue was the southern edge of Lincoln’s in-take district.  The corner of Fourth Street and Colorado destined me for Garfield.  My mother, an immigrant from Costa Rica, balked at the distinction.  She refused to send me to Garfield.  So, on orientation day at Lincoln, before she left at 5:30 a.m. to clean abalone at the pier, my mother told me to walk to school with Verla. I was to inform my teachers that my friend and I lived in the same complex, so we should go to the same school.

The principal shook his head when he heard why I’d come.  He told me to wait while he prepared a letter for my mother. It contained a lecture about school boundaries and street geography.  When she came home, smelling of fish, my mother read what the principal had written, then threw the paper into the trash.  When the term started, she pointed me toward Lincoln Junior High school with a note pinned to the lapel of my jacket.

What followed was a four-day confrontation between my mother and the principal, conducted through a series of letters which I carried back and forth between the parties. By the firth day, the principal and the teachers must have grown used to me because they acceded to my mother’s sense of street geography.  I graduated three years later and headed to high school with my classmates where we merged with the students from  Garfield.

I admired my mother’s struggle to send me to the better school, but I paid a price.  In the beginning, I was embarrassed to be the go-between in her war with the principal.  I worried my teachers would dislike me.  That proved not to be the case, but my classmates were harder to win over.  They noticed my unkempt appearance, my tangled curls and that my clothes too large for me.  The hems of my skirts kissed my ankles and my sweaters were ample enough to serve as tents.

The explanation was simple.  We were poor, so I shared my mother’s clothes as much as I could.  The posh kids had sharp eyes and sharp tongues.  They laughed and pointed fingers at me in the halls.  In case people have forgotten, bullying didn’t begin with text messaging.  When I was 12, it was a face-to-face blood sport.

By sending me to Lincoln, my mother made me an outlier.  The wounds I suffered at the hands of my peers were real even if they were invisible.  There’s a reason why children of the poor don’t always flourish when they are given an opportunity.  Without a strong support system, they sometimes lack the will to grow roots.

Why I did survive? I don’t know.  Perhaps I didn’t want to disappoint my fierce mother.

I recount this story because of one I read the other day about an African-American woman.  She was sentenced to 9 days in jail for filling out registrations forms with her father’s address so her two daughters could attend a better school. No one can argue she isn’t guilty of an infraction, but any individual, parent or not, can understand why she did it.  Even Felicity Huffman and Loir Loughlin can understand, though these three women live in different worlds.

Good mothers want what’s best for their children.  Youngsters depend upon that love to thrive. Society benefits when children are loved, too.  So, let’s not make a crime of the mothering impulse.  Let’s make a crime of the unequal distribution of wealth. In a rich nation, why should there be good schools and bad schools?  That is the betrayal we should punish, not the good intentions of mothers.