The Face Of Tragedy 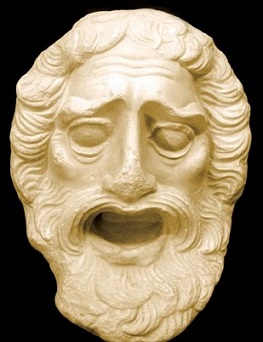 My friend from the retirement center looked worried as we entered a coffee shop that also made chocolate confectionaries.   Surrounded by bonbons of every size and flavor, I wondered that anyone could wear a frown.

“What do you think of this Soleimani business,” the woman muttered as she sloughed off her jacket and hung it over a chair.  Outside, the sky had turned the color of dark slate. We were in for a downpour.

Her question caught me off-guard. I’d been prepared for a report about the holidays. Qassem Soleimani was far from my thoughts. In fact, until the previous day, I’d never heard of him. Twenty-four hours later his assassination was the lead story in every media outlet.  In that scant time, I’d learned Soleimani was an Iranian soldier responsible for the deaths of many people in the Middle East, including Americans.

When I think of Iran, I think of 1979. That’s when Iranian college students invaded our American Embassy in protest to U. S. support for the Shaw of Iran.  For 444 days, they held 52 diplomats prisoner and caused Jimmy Carter to lose a second term in the White House.

Though several years have passed, I continue to hold those Iranian youths accountable for their breach of international law and the suffering they visited upon their captives and the families of those captives. Naturally, I find it hard to grieve for an Iranian military leader who dedicated himself to killing Americans.

I’m old enough to know, however, that a story has many interpretations.  It’s best to allow a cooling-off period before formulating an opinion about breaking news, enough time for more information to surface. Unfortunately, petitions for and against our President’s action were already being circulated. I told the woman opposite me we shouldn’t rush to judgment.

As we sat in silence, nursing our hot drinks, a letter came to mind. Recently a Facebook friend had shared the words a young soldier penned to his wife on the eve of battle:

I have no misgivings about or lack of confidence in the cause in which I am engaged and my courage does not falter… I am willing to lay down all my joys in this life, to help maintain this Government… my love for you is deathless…and yet my love of Country comes over me like a strong wind and bears me irresistibly …to the battlefield. (Sullivan Ballou Letter, Civil War, July 14, 1861.)

Remembering the piece, I couldn’t help wondering how the world would look if governments loved their citizens as dearly as citizens loved their country. Would politicians go on cavalierly placing youth in harm’s way?

I count my president as a liar and a coward. Soliemani, in contrast, seems to have been beloved by his people.  Neither of these facts matter to a solider lying dead on a battlefield. Tragedy presents the same grim face to both sides of a conflict.